Finally, someone else gets Meredith 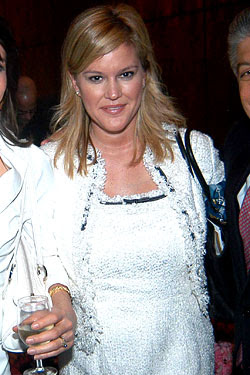 From Clusterstock, today on January 6.
Meredith Whitney Is Done
Yesterday Meredith Whitney whacked her estimates on Goldman Sachs (GS). But this chart from Bespoke says it all. The Whitney effect is over. The same happened with JPMorgan last month.

But it took MSM a long enough time to figure that out.

Wouldn't it of been nice to have that information before this rally? Oh that's right. You had it here! On March 17! The real story! Not her reel story!

Or how about last April? Tied in with a CNBC toilet flush, I said her research would be Wall Street's next toxic asset! Was it? It was!

Or how about this re-visit on Meredith?

Or how about when Meredith was really getting shrill in November?

Or how about...wait I've made my point.

I'll just have some burnt toast for breakfast instead of talking about Meredith!


And let you pick your own shade of Meredith!

To go along with Nouriel Roubini who said the banks would be toast, but instead, his predictions are!

In fairness, the game is not over.

Wall street can remain irrational longer than you can stay solvent.

Good to see you gave her all of a few hours to be correct. Its a 12 month estimate, not 12 minutes.
Your post says more about you then it does Whitney. You are clearly a 5 minute chart type. Should the stock break a tech level of some kind you'll flip like a monkey on the stocks.

obviously you didn't read the March or the April posts where I said she was wrong--well nine months later, she is--my point is that only now the MSM cis figuring it out.

Good to see you took all of a few minutes to read the post before you actually understood it.

But then again, I would expect that from the disciples of meredith. In any place else, we would call the followers of her a cult.