Tiger's wife hangs out at Brett Favre's house in Mississippi

She's staying at Favre's 460 acre ranch, while she visits her husband in rehab. 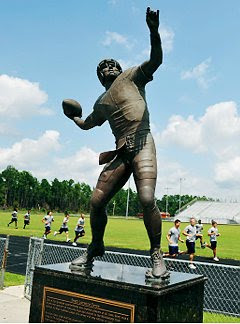 She might see the sights of Kiln. Here's the Brett Favre statue.

Obama had a statue in Indonesia. Representing him when he was 10. 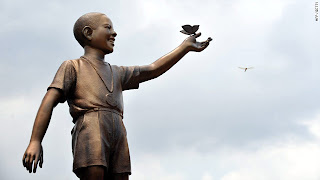 Now they are already thinking of taking it down.

JAKARTA — Indonesian authorities said Monday they are considering a petition to tear down a statue of US President Barack Obama as a boy, only a month after the bronze was unveiled in Jakarta...

"We've been discussing for the past two weeks what to do with the statue... whether to take it down, move it elsewhere or retain it. We're finding the best solution," Jakarta parks agency official Dwi Bintarto said.

Favre left everything he had on the field. Our President?

Just ask the people from Indonesia!
Posted by Palmoni at 6:39 PM