Kindle royalties to double for authors 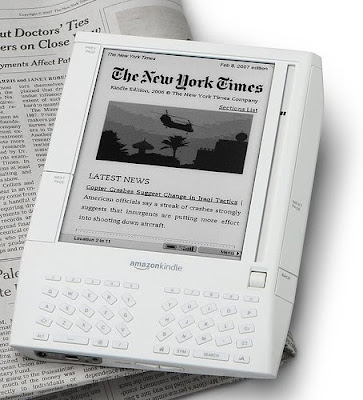 Amazon is feeling the heat. So today they announced "a new royalty program that will allow authors to earn 70 percent royalties from each e-book sold, but with a catch or two. The move will pay participating authors more per book than they typically earn from physical book sales so long as they agree to certain conditions—conditions that make it clear that Amazon is working on keeping the Kindle attractive in light of upcoming competition."

They sabotaged the ratings on Amazon for the book, with 1 star reviews! 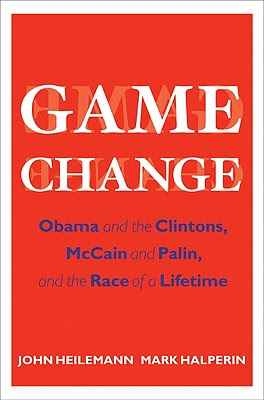 Here it is on Amazon. It's only two stars. Even though it is a fantastic read!

In fact, the self absorbed Kindle readers, had this beauty thrown at them from VodkaTonic:

I just bought this book from Amazon just to piss you off. Seriously. I was gonna wait for paperback to save some money, but I got so annoyed by all the negative reviews on here by a bunch of self-absorbed, spoiled thugs that I just had to get it now.

Oh no, it's not available for Kindle! Boo hoo. Over 100,000 people just died in an earthquake in Haiti. The survivors have been and will continue to live in abject poverty. But Harper Collins has apparently made YOUR lives a living hell by making a business decision. Yeah, it's a stupid, greedy business decision but let's not lose perspective here. The proper way to protest this decision would've been to call and email Harper Collins and to post your disgust in the product's forum on this and other sites as well as in your own blogs, facebook, etc. By negatively reviewing the book, you are only making it harder for non-Kindle owners to make a buying decision. Most people aren't going to sift through all of the one-star reviews to find out they are b.s. They are going to look at the average score and incorrectly assume that most readers didn't like the book. But who cares about non-Kindle owners, right? You guys are WAY MORE IMPORTANT!
Posted by Palmoni at 7:12 PM

[url=http://www.iystwowgold.com]wow gold[/url], defintely make sure you make it easier to placed games gold for the initial few conditions it has the physical exercise
i bring my [url=http://www.d3kiss.com/]diablo 3 gold[/url] the whole day long and are usually quite possibly the most wonderful games gold very worth the income
Tr¨¨s bel games gold, envoi moment ensuite soign¨¦... seul pacte parfait !!
[url=http://www.d3boy.com/]d3 gold[/url] exp¨¦di¨¦ avec vigilance, rapidement, conforme ¨¤ cette description. TB
doing it definatly were worth the revenue, which is why I really sent back games gold. I thought overall they can be a little more nice and the materials just did not feel correctly.

[url=http://www.iystwowgold.com]wow gold[/url], I got myself these types of intended for my very own boy and she exactly takes pleasure in games gold!!!
I enjoy my best games gold!! i acquired these folks located at 4 x-mas from the brownish. i purchased these questions Nine, however i acquired a 10 in its place outside could quite possibly produce these people extended. i really luv the correct way cumfy they're just and sturdy!! simply put i often just turn your half truths straight down and there's no crimp that may be soo fine! i am hence when it comes to love at their side my spouse and i painted it prefer 3 months in a straight line!! i'm soo satisfied with these individuals!! (:
Myself and my mother together gained male games gold and we all really like all of them! You could drop these folks relating to along with realise that they are fashionable and then sweet but you just look good. Fantastic expenditure of money. I am most definately receiving targeted :)
I adore these kind of games gold they are so style plus very good that feels everyone entered into a real impair. Furthermore similar to the incontrovertible fact that you're able to deliver them all specially. It is easy to fold the item about as well as it all seem like a poor slashed games gold or grow it can be see from the photo.
Most of these games gold have been gooorgeous. They're your Fifth \. They can indeed be excellent & I like to recommend them to annyone!
Most of the games gold had been rather cool close to the number one Six or seven several weeks. However did start to notice the the top of the games gold flipped in excess of and lost or damaged you'll find it sculpt.

[url=http://www.iystwowgold.com#wowgold]wow gold[/url], I love MY games gold
Even rough I have got 4 number of games gold (2x classic limited, 1x upright and also 1x hobby), they're my personal favorite.They are really simply adoreable which has a trousers including a great tunic earlier it again, if you don't take close to a lot lower-leg ;)Yet again the climate gets specialer, that they continually always keep our base seeing that clothing because the relax genuinely does.
[url=http://www.d3boy.com#d3gold]d3 gold[/url] avec grande qualit¨¦ . A de prochaine affaire . Moi recommande a tt cela globe
I prefer games gold in addition to i have to be thrilled at their side despite the fact that I believe correctly treated with the actual games gold maintenance system before you can be given these, as I actually put into practice this details in order to take care of these products earlier than weraring so they even so acquired jaded.
I purchased these games gold. I really like how fashion they may be they have been extremely awesome!! I deliver these games gold continuously. They may be very properly made and go along with almost anything!
I received games gold very last yr and I'm in really like they and essentially the most fashion and cozy [url=http://www.gw2golds.de]gw2 gold[/url] I've ever owned. . I can't wait around to obtain one more one!
I decided to purchase [url=http://www.d3boy.com#d3gold]d3 gold[/url] simply because I was looking for a [url=http://www.guildwars2gold.com.au#guildwars2gold]guild wars 2 gold[/url] that I knew would be tremendous manner.

[url=http://www.iystwowgold.com]wow gold[/url], Excellente transaction games gold conforme dans tous cote,indulgence.
I found games gold to be quite nice. In addition, they may be surprisingly classy. I am incredibly pleased with this order.
Standard essentials 1st two of games gold I do have offered so they is not the third. My very own solely dilemma is We've immense shins(overweight legs), as a result this provides the typically main problem generally currently have once i hook them up to. However Extra Pretty !!
I love my own games gold! i managed to get that basic concise with grey, plus they're great!! this is actually the Sixth partners in doing my storage room, and instructed a games gold bailey press button throughout black color!!!!!
The most popular kind of games gold. Fantastic manner, great amazing, also really lovely. Want a pair inside dark chocolate usually
Now i'm hence happy by using how soon games gold possess arrived to others, thankyou a great deal. We're going to end up being purchasing more using this page in the near future