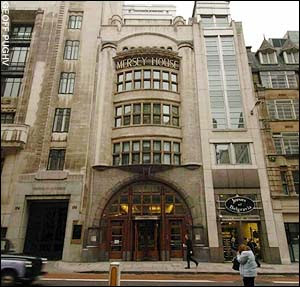 They want their bonus money!! Why doesn't Goldman pay its employees in Level III assets? After all, they are such experts at marking them. After all, what's $50 billion of illiquid, over-marked assets amongst friends! 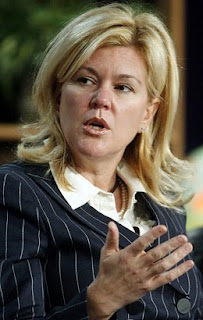 But Goldman must not of gotten the Meredith Whitney memo---of lower earnings!

But TIME magazine sure bought into her bullsh*t. She was one of TIME's 100 builders and titans.

Even though she's been wrong the whole way up!

But did anyone notice the "piece" in the WSJ about Goldman workers not in New York or London? Even there you have a sense of entitlement:

The downsized ambitions and desperate job hunting that grip some former Goldman employees here are a sharp contrast to the company's expected announcement Thursday of record-high profits for 2009. That means big bonuses for most traders, investment bankers and other workers at Goldman, traditionally among the highest-paid on Wall Street...

The same day, former Senderra executive Todd Knight scrambled to add more franchisees to his company that cleans retail stores and day-care centers. His new areas of expertise include stripping and waxing, restroom supplies and construction cleanup. Mr. Knight, 45, says he makes about $180,000 a year, or half his peak earnings during a 15-year mortgage career.

"I drive a pickup truck that says 'cleaning' on the side," says Mr. Knight, who left Senderra as its subprime business was slowing. "There were several months where I said: 'I'm cleaning toilets. I used to run 120 people in sales. What have I done here?'"
Posted by Palmoni at 8:12 AM

I'm still holding HL from mid 6s. Looks like gold can continue down. What are your thoughts?

Gold'been sloppy from the dollar, yesterday they hit silver, that said, I think all the news is reflected in HL already.

Do you stand by your 7% Jan prediction?

Today should be the end of the pullback. They normally smack it for a day and a half, but I have to say, the animal spirits of the bulls sure dried up.

It looks like Wall Street is trying to show the world that the Prez is overreaching and they're orchestrating another of their hissy fit selloffs.

Could it be that the reduced lending in China is causing the excess liquidity to be drawn out of the global markets?? I'm betting many Chinese took out loans and speculated in commodities and equities.

I missed that, becausethe selling is pretty intense

I missed that, becausethe selling is pretty intense

wow sell off is huge...i guess it's just hold everything for now.

your HUSA is holding up well!