Where are the "world is going to collapse" emails? 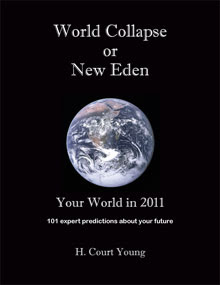 The Federal reserve, Timothy Geithner, and Hank Paulson all say they prevented Great Depression II, Armageddon and 25% unemployment. So where are the emails?

Where are the emails fretting about the health of the world economy?

Where are these bankers congrautaulting themselves for stopping Armageddon? GD II? 25% unemployment?

Can anyone even find one?

But why do we find 100s of phone calls to every crony of Goldman Sachs, and emails worrying about Goldman's hedge positions; something Timothy "I recused myself but I really didn't" Geithner admitted to seeing in his Wednesday pre-perp testimony?

Which is why you saw this email on the world collapsing, "(for example, I believe one counterparty had shorted AIG risk in order to balance their AIG exposure on the CDS deals, so tearing up the trades left them exposed with no hedge, etc.)"

Isn't that why there was no negotiations with AIG? Because Timmy "I recused myself" Geithner made it explicitly clear, that any discount would directly harm Goldman!

It's so egregious now that Bloomberg has stories like this: 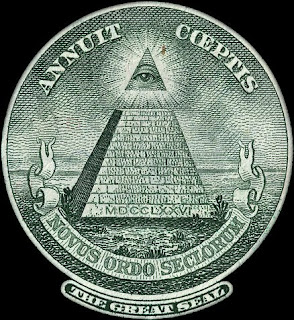 Jan. 29 (Bloomberg) -- The idea of secret banking cabals that control the country and global economy are a given among conspiracy theorists who stockpile ammo, bottled water and peanut butter. After this week’s congressional hearing into the bailout of American International Group Inc., you have to wonder if those folks are crazy after all.

Wednesday’s hearing described a secretive group deploying billions of dollars to favored banks, operating with little oversight by the public or elected officials.

We’re talking about the Federal Reserve Bank of New York, whose role as the most influential part of the federal-reserve system -- apart from the matter of AIG’s bailout -- deserves further congressional scrutiny.... 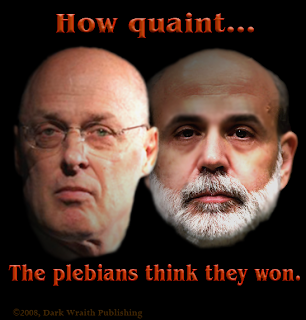 Fed Chairman Bernanke also wasn’t involved. In a written response to questions from Representative Darrell Issa, Bernanke said he “was not directly involved in the negotiations” with AIG’s counterparty banks.
---------------

Never mind that Goldman was percieved as being a beneficiary of the Fed's largress:

Jan. 28 (Bloomberg) -- Goldman Sachs Group Inc., one of the biggest recipients of funds from the U.S. bailout of American International Group Inc., was seen by the public as favored by regulators, according to an internal Federal Reserve Bank of New York e-mail.

The public perception was a reason to reject a December 2008 media request for the names of securities purchased from banks during AIG’s rescue, according to the e-mail released yesterday. If the names of the assets were released, the banks, including Goldman Sachs, would be identified as beneficiaries, New York Fed employee Danielle Vicente wrote in the Dec. 4, 2008, e-mail to Fed counsel James Hennessy.

The New York Fed has said that releasing the names of banks that were paid to fulfill $62.1 billion in AIG guarantees could hurt the insurer and its counterparties. The internal e-mail, obtained this month by a House oversight committee, indicates Vicente was also concerned that the AIG rescue would be viewed unfavorably if it was known that Goldman Sachs and non-U.S. banks received funds.

“A major U.S. counterparty was Goldman, which has already been seen as favored by the Fed/Treasury in the public’s eye,” Vicente wrote. Regarding the non-U.S. banks, “it would be hard to sell the public on U.S. funds to buy foreign entities out of AIG risk.”
------------- 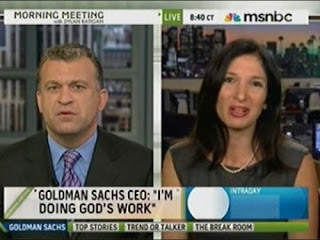 In other words, if the public knew the Fed was bailing out Goldman, the public wouldn't let them.

You want to know where the emails are about where the world is going to collapse, or Armageddon?

You have already seen them. They are the emails concerning AIG, Goldman and their counterparties!

Because that's the banking cabal's world. 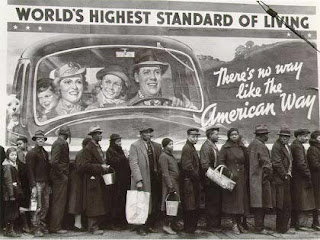 But they sure dress up their bailout as though its your world and your bailout!

The world of jobs, foreclosures, lost benefits and closed factories.

And how do they address your world?

With banker bullsh*t and banker lies!
Posted by Palmoni at 8:22 AM

It freezes on startup not even the start button will pop up I ran antivirus, cleaners and it worked for like ten minutes and then it froze again and the sound kept making a weird noise. and it only works on safe mode. its a sony vaio windows xp! thank you [url=http://gordoarsnaui.com]santoramaa[/url]