Krugman "gives up" on Obama 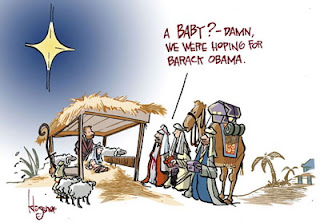 Health care reform — which is crucial for millions of Americans — hangs in the balance. Progressives are desperately in need of leadership; more specifically, House Democrats need to be told to pass the Senate bill, which isn’t what they wanted but is vastly better than nothing. And what we get from the great progressive hope, the man who was offering hope and change, is this:

I would advise that we try to move quickly to coalesce around those elements of the package that people agree on. We know that we need insurance reform, that the health insurance companies are taking advantage of people. We know that we have to have some form of cost containment because if we don’t, then our budgets are going to blow up and we know that small businesses are going to need help so that they can provide health insurance to their families. Those are the core, some of the core elements of, to this bill. Now I think there’s some things in there that people don’t like and legitimately don’t like.

Maybe House Democrats can pull this out, even with a gaping hole in White House leadership. Barney Frank seems to have thought better of his initial defeatism. But I have to say, I’m pretty close to giving up on Mr. Obama, who seems determined to confirm every doubt I and others ever had about whether he was ready to fight for what his supporters believed in.
Posted by Palmoni at 7:59 AM