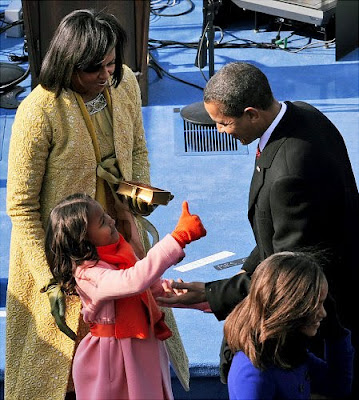 What happened to these days? 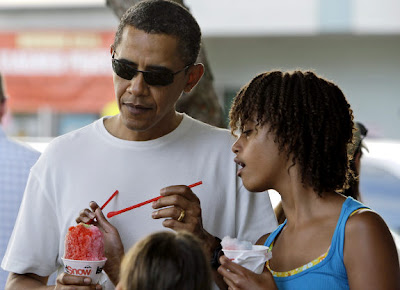 After 9/11 Bush had all the political capital of the world behind him, and yet he blew it.

After his inauguration, Obama also had overwhelming goodwill and political capital, yet he is squandering it.

What happens to our leaders in the White House?
Posted by Palmoni at 6:40 PM

kids are a proxy for their parents.
like kids have any clue about adult matters.

But thats fine. Its no different than the news media claiming an email question for someone.
They claim its a question from a viewer and I'm sure it is. Only thing is the question is a question the media wants to ask and they " front" a individual as the asker.

It's simple - they're not really leaders, but politicians. The "great" presidents had at their core, guiding principles that stayed on task to a vision that was about our country, not themselves. Unlike our current "narcissist in chief".