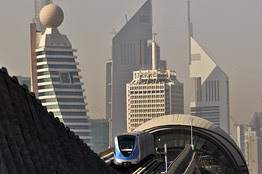 DUBAI—A Dubai government spokeswoman said Monday that a $10-billion bailout from oil-rich Abu Dhabi, announced in December, is half the size that the government initially announced, raising fresh questions about the United Arab Emirates' plans for paying down Dubai's mountain of debt.

The disclosure Monday cuts by 20% the funds that analysts had assumed Abu Dhabi, the capital of the U.A.E. and its financial powerhouse, had committed to Dubai over the course of last year.
------
So the support is $20 billion, not $25 billion.
Posted by Palmoni at 8:13 AM

Is the casino trade over?

I've got MGM Feb 10s, was hoping it would hit 13, really don't like the weakness today.

what caused the huge jump today in the market? it's funny how pre open everything is very negative.
Also, it seems like LEE is finally catching up with MNI, GCI...what are your thoughts with LEE?


Anno- thanks for the tip for CCME...what target would you have?

If you take a look at CCME competitors you'll see that they are trading at 20 PE multiples. They also have much lower gross margins and revenue growth. Lets say CCME trades at the same valuation as its peers and you'll get a $40/stock. But I rather not get greedy and my target is somewhere in between, say $20-25.

I'm kicking myself in the ass for converting my warrants into common stock last week and not holding onto longer for the leverage... oh well!

Hey Palmoni, I'm wondering if the platinum mine was sold to the shell company as part of the asset purchase? I just realized plat is selling for 1,600+/oz :)

Thanks Anno- i remember you sharing the TMI warrants. At the time i had no idea what warrants were and i got distracted...watched it shoot up to $2 and i thought that was it before it ran to $5.

I didn't buy a lot of shares...just a 100 since i'm still trying to build my portfolio back up slowly. but any gain is a gain and i really appreciated your lead. Hope school is going well.

I think option expiration pressure and now earnings coming up--so who can stand in front of that train?

Throw in a defeat for Coakley---gridlock in the capitol is what Wall Street loves--and that's the market today.

LEE is just rocking--so is CCME--I like the 20ish number on that name.

do you think it's too late to jump in the LEE train? was there an upgrade there?