"This is Benjamin. He's a little worried about his future." 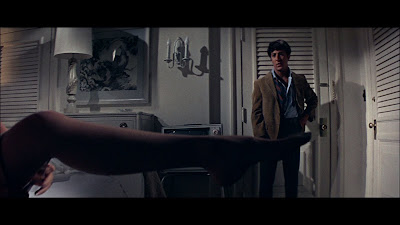 All those drowning in debt, understand that the plastic of the late 2000s, was as misplaced as plastic wasn't in The Graduate.

And now we hear the Sounds of Silence, by those who have been ruined by the housing bust, and the stock market collapse engineered by Wall Street. Young  Benjamin Braddock's are again questioning.

And now, those who caused the problems, bonus themselves for the cure. The arsonist claims the insurance on the house he burned. The fireman wants an award for hosing down the fire he started.

Until these bankers take the pantyhose off their face!
Posted by Palmoni at 8:45 PM

I'm actually a little concerned now that the bankers have bitten the hand that fed them.

With elections coming up in 10 months, the politicians will be baying for banker blood for the bonus up yours response from the banksters.

The result might well be the banks flowing thru some of the bad debt to justify the free aid and to give the politicos proof that the largess was needed.

The result could be a contraction in available credit and a stifling of growth.

If the banks contract credit any more ,we would be lending to them ....the banks will NOT lend to small business ! they zre starving for funds