Stallone breaks neck in his latest movie "The Expendables" 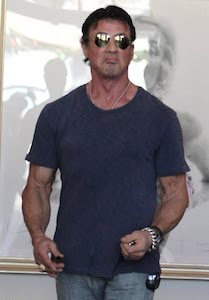 He must of gotten whiplash straining his neck while he injected himself in the ass with his designer cocktail of steroids and growth hormone.

He said he cracked a vertebrate in his neck while being hit in the movie.

Check out his forearms to the left, and the ripped waist below.

At least Sly plead guilty to bringing steroids into Australia, and he's doesn't deny taking them.

So maybe Sly should join his wife, Jennifer Flavin, and hawk HGH on QVC!

It would be better than the Roger and Debbie Clemens show! 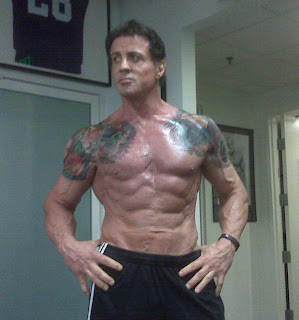 I just love that guy with no shirt on !