"They would sell their grandmother for a trade" 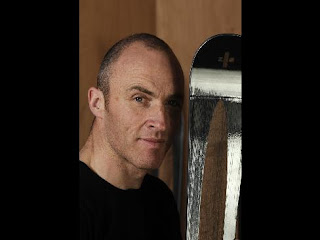 Jan. 29 (Bloomberg) -- UBS AG senior currency strategist Benedikt Germanier decided that he had become just another battery hen on a trading floor where money was everything that counted. So he ditched his bonus and banker life in the U.S. for a pair of handmade skis.

“I feel much more down to earth, and I have my destiny in my hands,” says Germanier, 43, sitting in his office in Disentis, an Alpine village 44 miles from Davos where global executives are meeting this week.

He is now chief executive of Zai AG and its 10 staff, including carpenters and craftsmen. Germanier says he halved his pay, without giving figures. He also gave up his $7,000-a-month, 250-square meter house with gardener, located 15 minutes from UBS’s Stamford, Connecticut trading floor, which is the size of two football fields.

“Sometimes I even thought they would sell their grandmother for a trade,” he says, talking about East Coast bankers, and he realized that he had become one of these “hens” on a trading floor, reminding him of a battery farm.
Posted by Palmoni at 7:53 AM

Compared to other types of hair extensions uk are ideal for achieving that natural look. The reason for this is that this type of wig is manufactured using lace wigs uk which makes it authentic. Women love their hair and will do anything possible to ensure that it is in perfect condition. At times, they are forced to spend huge sums of money on treating human hair wigs uk only to be frustrated by the effects that chemicals have on the hair. These types of lace wigs uk are different as they very affordable, thus women do not need to spend large sums of money taking care of them. In fact, the only care needed is frequent brushing and once in a while treating it with a hot dryer. With human hair wigs uk women should not have any reason to complain of a bad hair day. Women wear full lace human wigs for different reasons.