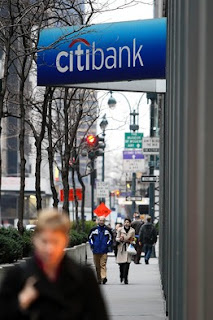 WSJ
Despite their tough talk about clamping down on pay, banks and securities firms are using other financial perks to ease the toll on employees.

Bank of America Corp. and Citigroup Inc. are doling out shares that employees can sell within months—much sooner than normally allowed. Other giant banks, including Goldman Sachs Group Inc. and Royal Bank of Scotland Group PLC, let certain employees borrow money to relieve personal cash crunches. And some U.K. banks have considered raising base, or cash salaries—funds that won't be subject to the country's new 50% tax on bonuses.

The new pay culture is squeezing bankers with hefty mortgage payments and private-school tuition bills—and has prompted some companies to find ways to assist cash-squeezed employees.

"I know it sounds ridiculous to Main Street, but it's a hardship," says Gary Goldstein, who runs Whitney Group, a financial-services job-search firm in New York. "So firms are trying to help out any way they can."

It's such a "hardship" that the banks are taking every penny and giving it to themselves. From NYT:

Citigroup is, in effect, paying its employees $1.45 for every dollar the company took in last year. On average, its workers stand to earn $94,000 each.

Bank of America, meantime, is spending 88 cents of every dollar it made in 2009 to compensate its workers. At Morgan Stanley, that figure is 94 cents.

JPMorgan Chase, which has fared better than those three, paid out 63 cents of every dollar.
Posted by Palmoni at 8:54 AM

This is getting tiresome!

I know, I fear we're gonna just grind sideways for a while :(

17 minutes until Ben's vote. They can put the sell programs in hibernation now that they have sufficiently "scared" the world

This post reminds me about the old days of good blogging. If you can please visit my site [url=http://kitchencheap.co.uk/]kitchen cheap[/url]