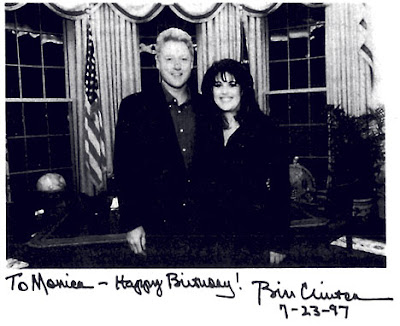 When John Edwards got nailed for cheating on his wife, Bill Clinton gave him a call and asked, "How'd you get caught?"

Since Edwards was a lawyer by training, here's his methodology of his affair: 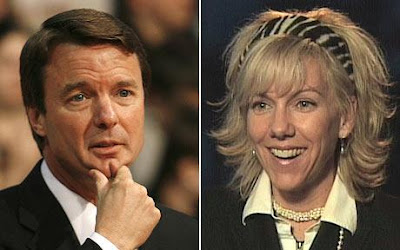 Get a cell phone and use it exclusively for your affair. Once the affair took off, Edwards bought a cell phone to take calls exclusively from Hunter, which he dubbed the "Batphone." Edwards failed, however, to keep the phone hidden from his wife. Elizabeth discovered it ringing one night in his bag, answered it, and heard Hunter launch into a "romantic monologue." That's when Edwards confessed to Elizabeth that he'd had a "one-night stand." (An understatement.) From then on, Edwards and Young arranged handoffs so Edwards wouldn't have the Batphone while Elizabeth was around.

Use your calling plan's enhanced features. When Edwards didn't have the Batphone, Young set up three-way conference calls and had both Edwards and Hunter dial-in. That way there would be no record of the call when Elizabeth would check Edwards' call log, as she routinely did. 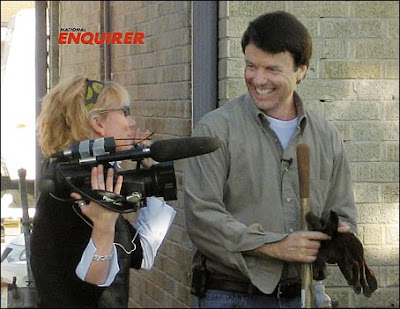 Make fake hotel reservations. When Hunter traveled with Edwards, Young would reserve a room in his own name and tell the hotel staff that his "wife" would be checking in on that account. That way, there would be no evidence Hunter stayed in the hotel. Hunter would then join Edwards in his suite and leave before aides came to wake him up.

Use separate doors. And don't forget to stagger your entrances. Heading back to the campaign office in South Carolina after a rally, Edwards had Young drop him off in the parking garage, and he took the elevator up. Hunter entered through the front, where she ran into Elizabeth. Elizabeth later "confronted her husband about the glowing blond woman who had obviously arrived with him from the road."

Use cash. When Edwards gave Hunter his bank card, Elizabeth noticed money inexplicably withdrawn in New York. From then on, Edwards—through Young—gave her cash stipends and her own separate credit card. As one Edwards donor tells Young: "Old Chinese proverb: Use cash, not credit cards."

Funnel money. When Edwards started paying Hunter's living expenses, the money came from the nonagenarian philanthropist Rachel Lambert "Bunny" Mellon, who didn't ask any questions about where the cash was going. Mellon would pay her interior decorator, who would pass the money along to Young. The cash would be concealed in boxes of chocolates.

Destroy all evidence. Edwards was not as careful as he could have been. At one point, Edwards' nanny discovered a Marriott key card on the kitchen counter. Young noticed that when Edwards would receive notes from "eager women" on the campaign trail, he "occasionally pocketed" them instead of handing them off for disposal. And many nights, Edwards would take mysterious 2 a.m. "jogs." 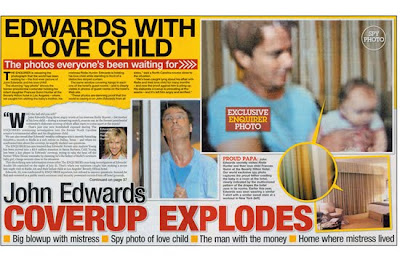 Seriously, destroy all evidence. Elizabeth spent days going through the footage Hunter shot for the never-aired "Webisodes" of the Edwards campaign, searching for evidence of cheating. However, she was never able to find the tapes shot at the Edwards house while she was away. Young and his wife later allegedly found a half-destroyed tape, allegedly shot by Hunter, of her and the senator allegedly having sex. Allegedly. (Hunter has now filed for a restraining order to keep Young from releasing it.)

Don't canoodle in front of aides. While Elizabeth was on a book tour in 2006, Hunter came over to Edwards' house and the two spoke openly in front of Young about getting married in a rooftop ceremony with music played by the Dave Matthews Band. (The band didn't like her when they met her.) Hunter and Edwards would kiss in front of Young and cuddle in front other another aide, prompting him to ask Young, "What the hell is going on?"

Choose a discreet lover. Hunter was a noticeable presence on the trail, according to Young. She dressed in bright colors, talked loudly, and flirted constantly. She spoke to "close friends" about their affair, but trusted them because of their "spiritual connection." She recounted their sexual exploits to Young and his wife. She even talked to Newsweek's Jonathan Darman about having an affair with a powerful man whom she wouldn't name. (Darman knew she worked with the Edwards campaign.) When rumors of the affair started circulating, she continued to risk getting spotted in hotel lobbies and grocery stores. "I think she wanted to get caught," Young writes.

Maintain plausible deniability. Even after Young learned about the affair, Edwards continued to use vague language while on the phone with Hunter—just in case he or Young, who overheard them, had to deny it. When Hunter said she loved him, Edwards "would say only, 'Me too.' And if she asked him if he missed her, he would say, 'That's correct' … but never, 'I miss you.' " On calls with Young, top Edwards donor Fred Baron would refer to Edwards as "the principal" and to Hunter as "her."

Don't sign any cards you send to the new mother of your child. When Hunter gave birth to their daughter, Frances Quinn Hunter, Young asked Edwards if he wanted to send her flowers. "Yeah, that's a good idea," Edwards said. "But don't sign it from me. Someone might see it. 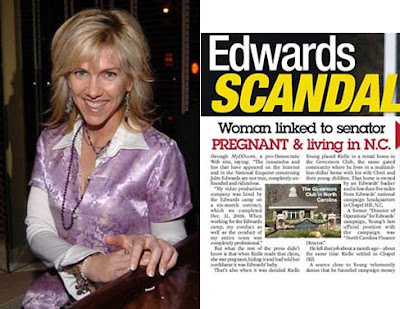 Wear a condom. Edwards claims that Hunter told him she couldn't get pregnant. You know the rest.
Posted by Palmoni at 3:20 PM

How many women have used the baby trap since time immemorial??

Incredibly, it still works.
Women commonly say yes they took contraceptives or no they can't get pregnant. Women are sinister liars on par with wall street ceo's.