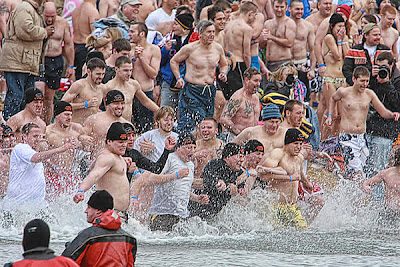 Barrons came out this weekend and discussed the January effect. The one that I think had it right was BTIG who said this:

Mike O'Rourke, strategist at institutional broker BTIG, wrote to clients, "correcting on Washington and [other] jitters is a healthy way to keep the bulls honest....We would be more concerned if it appeared the economic and earnings data were going off track, which we do not believe is the case. We anticipate this corrective move will establish stability and have run its course by the middle of next week."
I'm with them on that--after all, how could I not be? I thought we'd be up 7% in January, setting us up for a 5-6% pullback, and then off to the races again.

It looks like "Internet" time, we got the January move in the first two weeks, and the February pullback in the same month. But this time, we have ugly looking and broken charts everywhere. They're as ugly as my January call!

But in order to fix these charts, you need a much broader and deeper rally, than just what a snapback rally can provide.

And with that rally, no-one will care about January. They'll use it as an entry point to get long.
Posted by Palmoni at 8:39 AM