Obama said this during his State of the Union speech:

"because of the steps we took, there are about two million Americans working right now who would otherwise be unemployed."

Meanwhile at recovery.gov, we see this as the job tally:

599,108
Job calculations are based on
the number of hours worked in a quarter
and funded under the Recovery Act. 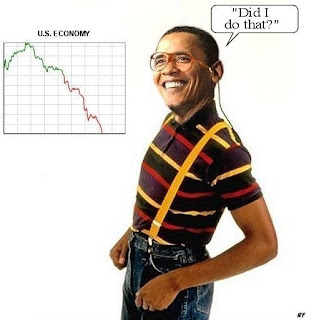 That my friends, is Obama math!
Posted by Palmoni at 7:47 PM

Now if Obama can put his math skills to do the financial statements of the big banks, we'll be in business!

Oh he'll have an apt follow-up for you which will leave you convinced at you are mistaken.

His performance at the GOP Q&A session was a master-class to all aspiring politicians/debaters/PR spokespersons/salesman (snake oil) etc.

Lloyd is getting a $100 million dollar bonus... man doing God's work sure does pay well and I should do some myself!

You have to be a eunich first though.

I'm in a love-hate relationship with virtual memory because of how prices are always,and I mean always dropping. I hate buying Micro SD Cards for my R4 / R4i at (seemingly) a cheap price only to see it become ten percent cheaper a couple of months later.