Sell the news? So what! 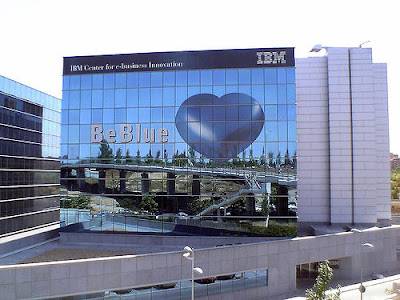 Last week it was INTC. Oh my, the chip story is dead. Didn't they sell this number on that news?

Last quarter the same thing happened with AAPL. They reported, and the stock rallied to 205, only to go down to 188 a few weeks later. Oh my...all the good news was "priced in."

Whatever. The stock was up 9 to 215 today, and soon they'll report another blowout quarter!

Today it's IBM. The stock rallied, they beat numbers, and then they sell it off after earnings.

Big Blue, like the others, gets no love after-hours! Maybe people have watched too much Avatar!

But only on Wall Street do we see a sell-off on good earnings that so encourages the pundits to get bearish.

Let's look at Obama. Today everyone is saying the Democrats will roll over and play dead, since Massachusetts is losing their Democratic Senate seat that they held for over 58 years. Anyone think that will happen?

But what do we hear from the White House? Sunday, it was the world's most important race. Today it lost its importance!

Funny how that works!

So what does sell the news mean?

It just means tomorrow's news will be different than today's!
Posted by Palmoni at 4:56 PM