Bernanke wants to keep his job! 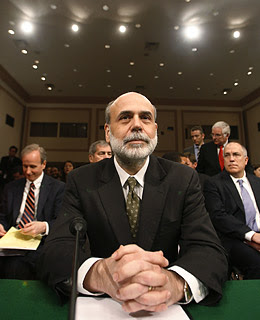 St. Bernanke is asking Congress to let the GAO do a full review on the AIG bailout!

The move is aimed at tamping down criticism of the $182 billion rescue. It has sparked public outrage and demands in Congress for more information about the lifelines, beginning in 2008, provided to the company. The House Committee on Oversight and Government Reform has a probe under way that seeks to provide a fuller picture of the AIG bailout. 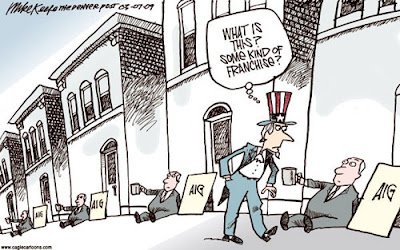 The powers-to-be are eating their own. Bernanke wants to keep his job, at the cost of Timmy Geithner losing his!!
Posted by Palmoni at 2:26 PM

Bernanke bailed out my portfolio so give him another term!

Yeh I like to b*tch about him, but his policies have helped the market!!

We do not agree with this year BRITs 2010 decision.

Lady Gaga can not be better than Nina Hagen