The Boston Globe on the election mating game 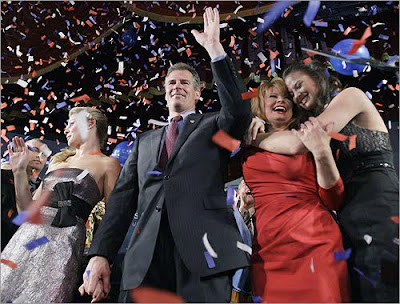 I’m going to need some Advil and a cold compress, please. I’m the Massachusetts Electorate, and I have what is bar none the absolute worst hangover of my entire voting life.

Seriously, I was so drunk on power, so caught up in the moment, so free of any of my usual inhibitions, I can’t remember what’s gone on these last two weeks. Think, Electorate, think. What did I do?

This much I’m starting to remember. Martha and I walked into the party and everything seemed to be going fine. She wasn’t talking much, but she never really does, and she wasn’t exactly pushing me to bare my soul, either. That’s what I’ve always liked about Martha: She’s a low-maintenance politician. 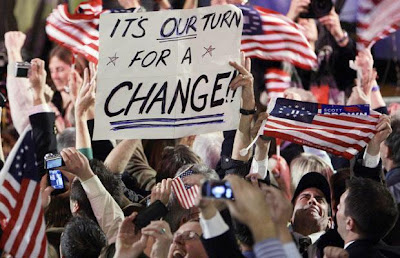 And now I’m vaguely recalling that stranger across the room, the one in the barn jacket who kept smiling at me and seemed to know my name. Martha vanished for a while, and - is it bad that I’m saying this? - I didn’t really care.

Suddenly, that tall, handsome man was standing at my side doing something that Martha rarely did - offering to pay for drinks, chatting me up, curious what was on my mind.

Every time I ever tried telling Martha about my day, my hopes, my dreams, she shushed me and said she was preparing a legal brief or watching “Law & Order.’’ And now there’s a stranger telling me he could change my entire world.

Scott! That was his name. Lived near the outlet stores. Talked a lot about being smarter with money. I know, not like Martha, who always had some expensive home renovation project up her sleeve.

And then, I remember that time itself seemed to stop. The mundanity of everyday events gave way to the exhilaration of my suddenly unpredictable existence. No more Martha taking me for granted. No more Martha calling all the shots. I was living the moment, immersed in the life I always wanted before caution overwhelmed desire.

We were on the dance floor, Scott and I, moving to the music, his hands all over my body politic. Everyone was watching, and I mean everyone - fellow partygoers, bartenders, passersby staring in the windows. Look at me, the Massachusetts Electorate, the bellwether of America! 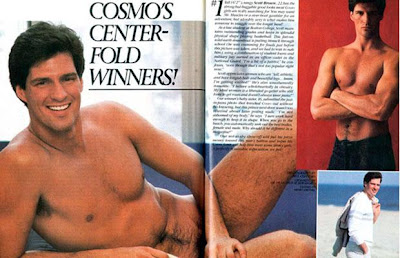 I think I took my shirt off. I think I didn’t care. I remember something about Scott in a pair of Calvin Klein jockey shorts, but it may have been a picture he showed me from his wallet.

Out of nowhere, there were video cameras filming us from every angle. Analysts were describing the events. Scott’s important friends were texting and calling my cell. Get this: Curt Schilling, talking to a regular old Electorate like me.

Then, above the din and the music and the cheering, I distinctly heard someone ask, “How’s Martha going to feel about this?’’

And just like that, there she was, back at the bar, giving me that aloof prosecutorial look I knew all too well. I went back to her, sweaty and out of breath. Amazingly, she didn’t seem angry. She didn’t really show any emotion at all. She just pretended like nothing ever happened and tried to continue on. 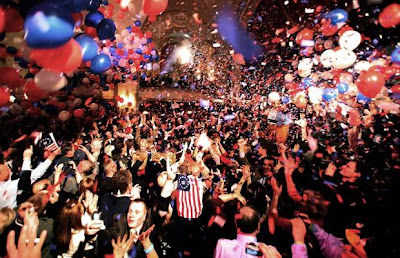 Oh, but something did happen. I knew it, she knew it, and so did Scott, who was still beckoning from the other end of the bar, asking me to take a walk outside. And now it’s coming clear: I did.

He was talking nonstop, but I noticed he was repeating himself over and over again - 41st vote, and drawing boards, and being a “Scott Brown Republican.’’ He was starting to lose me until we were standing in front of a GMC pickup and he said, “This is my truck.’’

I remember catching my breath. I remember pulling a curtain shut. I remember having to make a really important choice. 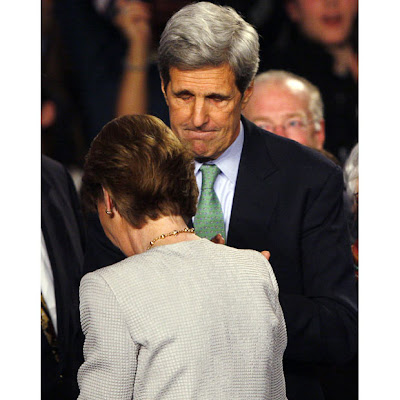 I needed to send a message. I don’t know much about Scott, and I have no idea how long he’ll be in my life, but I do know that nobody will ever take me for granted again. 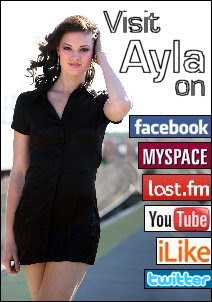 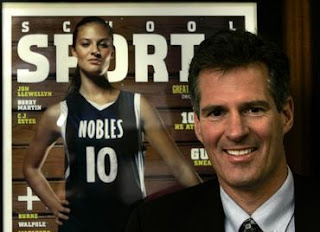 What can Brown do for you?