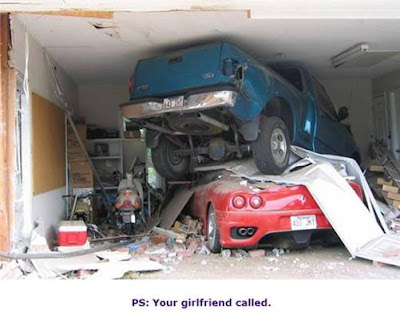 On this morning's Breakfast with Dave, Rosie is now touting today's market as reminiscent  of September 1987. I guess the Depression angle failed, along with the Japan angle, so now we have this.

Dick Bove, seems to be waking up with Rosie also. He started his research today with:

IS A MARKET CRASH LOOMING?

The United States financial system and its economy are at a critical juncture. Actions being suggested in Washington have placed it on a precipice. If the President and Congress continue down the path that each has indicated, in my judgment, the equity markets will crash.

Get a speedbump in the market, and Wall Street p*sses their pants!
Posted by Palmoni at 6:22 PM