Obama Administration is reviewing the legality of the BCS 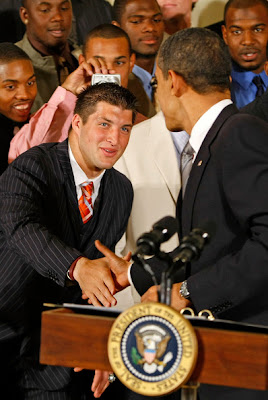 In the letter to Sen. Orrin Hatch, obtained by The Associated Press, Assistant Attorney General Ronald Weich wrote that the Justice Department is reviewing Hatch's request and other materials to determine whether to open an investigation into whether the BCS violates antitrust laws.

"Importantly, and in addition, the administration also is exploring other options that might be available to address concerns with the college football postseason," Weich wrote, including asking the Federal Trade Commission to review the legality of the BCS under consumer protection laws.

Maybe Gloria Allred can get a consulting gig!
Posted by Palmoni at 8:43 AM