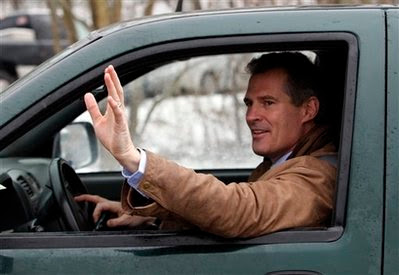 Lucky Sarah Palin got her gig at FOX before Conan!

Alaska versus Massachusetts? Now we have a credible candidate."President" Brown is already making the front page of Drudge!

Remember how they always tell you to buy when everyone is selling? What do you do though, when the market has rallied tremendously, but you have a panic in Washington?

Aren't you supposed to buy panic?

You don't think that Washington still just blames the economy for the Democratic losses that we've witnessed? 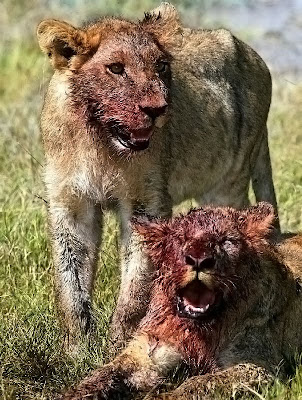 At the market bottom, some of the smart shorts, broke ranks, and bought the shares their buddies were shorting, who were still trying to break the market. They ate their young.

Now we'll have Washington braking rank to keep their jobs.

It's time for them to eat their young!

And that panic in DC, will translate into more spending, more stimulus, and more revenue growth for companies.

It will be the panic to pump the economy up! 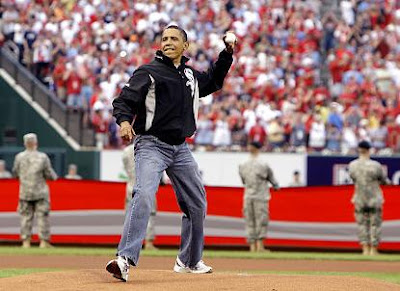 Because does anybody think this election was just lost because Martha didn't know Kurt Schilling?

A year ago, during honeymoon times, the only panic that Obama talked about was ice on the roads:

"Can I make a comment unrelated to the economy?," he asked in the White House Roosevelt Room, surrounded by corporate chieftains and his economic advisers (who was going to say 'no, Mr President, stick to the topic'?). "My children's school was canceled today, because of what? Some ice," he said, and all at the table started laughing.

"As my children pointed out, in Chicago school is never canceled," he said, joking about how Chicago schoolchildren even go outside to play on snow days.

Obama then pledged to instill "some flinty Chicago toughness" in the nation's capital.

"When it comes to the weather, folks in Washington don't seem to be able to handle things," he said.

Spring is coming, and Washington DC is now skating on thin ice!

Time to pump things up! 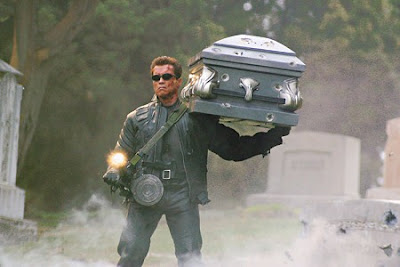 Because no-one in the Nation's Capital wants to be carried out in a coffin designed by Scott Brown!
Posted by Palmoni at 9:18 AM

any thoughts on MGM?

I'll give you Goldman's thoughts this morning

Industry context
Volatility going into the 4Q earnings season for Vegas/Macau operators and slot makers could be
exceptionally high as there seems to be little consensus on stock calls amongst investors. 4Q operator
results should be an “after thought” for investors as most of the monthly data will be in by report dates so it
will be all about the “outlook.” Generally we expect 4Q to be in line with expected weak results. Regional
markets actually showed 1% yoy avg growth on easier comps but we see little potential for EPS upside. On
the slot side trends should show steady improvement with most of the focus on the tone coming out of the
G2E industry trade show.
Gaming operators
Topline 4Q results for the operators should get even less focus due to, (1) a longer delay than other quarters
between statewide results and company results, and (2) investors’ expectations are very low for the year end.
With that said we expect the Vegas/Macau operators to talk about incrementally positive Vegas booking and
room rate trends for 2010 due to an improving travel environment and easy comparisons. Also, margins will
be important given the potential that 2H2009 cost saves could continue to benefit 1H2010 on a yoy basis.
Valuation for Wynn and Las Vegas Sands look exceptionally high around 16X times 2010E EV/EBITDA so
anything less then very constructive comments could pressure the shares. In contrast any hints of recovery could be a positive for MGM given its relative valuation disparity. On the regional front we expect investor
interest to remain stifled as any improvement will be offset by fears of more capacity/cannibalization occurring
as states generally expand gaming.
Gaming equipment
We expect a continuation of 2009 trends in the 4Q equipment results and outlook for 2010. These include
increases in participation placements and some continued improvement in replacement sales as the deep
freeze sales starts to thaw. All companies should show improvement in 2010 from the dismal 2008-2009
period especially considering the quality of machines shown at the industry trade show. In addition,
commentary on state rollouts of gaming, especially Illinois, will be a key focus. Our Attractive view on the slot
sector is now "consensus" as estimates have moved closer to ours over the past few months. In 4Q results
we will be looking for incremental new positives to maintain our bullish stance.

are you saying just a mild correction and we should continue back up?

yeh-one of these hard day and a half pullbacks

down here, I think the strong dollar affects equity pricing

thanks. I thought Brown winning was suppose to help the markets?