During Capital One's earning calls yesterday, you had this question from Goldman.


Brian Foran – Goldman Sachs
I guess, Following up on the same issue, when we try to think about the core earnings run rate of the company, I guess, you struggled as you done $0.90, given and take you to the past two quarters, you're pointing to lower revenue on both price and volume but higher marketing expense but then against that and coming back to the allowance issue if I understand the slide right, it will be 6.5% when historically you kind of ran with 4% in a normal credit environment. I mean, if this is the 2010 the kind of transition year where credit getting better, the earnings are driven by, mostly by reserve releases and underlying that the core franchise isn't actually earning very much but it is more investing for the future?
----------

Translation for Wall Street speak:
Investing for the future=Earnings sucks without gimmicks!

And after Obama put Goldman in his sights, and despite all the protestations from Erin Burnett, Jim Cramer and Barney Frank on CNBC yesterday, all assuring us that none of Obama's bluster meant anything, the stock still got hit for another 7 points today.

Goldman was in a panic mode, when the stock fell 7 points on Thursday. They got another 7 points today. And yet, Goldman executives said they weren't worried when their stock was at 47 last November.

Oh really? Was Goldman able to hedge their entire book before the last three days? All $859 billion? 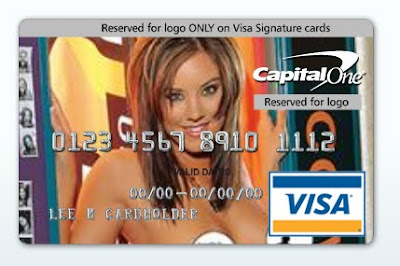 And if Goldman wilted before Obama, and today Obama set his sights on the credit card companies, that are trying to rip off the consumer, (who don't practice hedging but just more lying and obfuscation)--doesn't it mean that these numbers are going to get whacked also?

At least, after you undress the numbers?

Now it is speculated that Timmy Geithner et al tipped of Wall Street before the Fed engaged in QE:

I used to work for a BB on a prop desk until the financial crisis took hold and they fired the less senior guys on the desk. I now trade US Treasuries, for a small prop firm in xxxxx, to scalp basis trades in mostly on the run securities. Occasionally, I will also take position in the repo markets for off the runs if I see something "mispriced." Your recent article piqued my interest because we too have noticed "shenanigans," of sort, in the QE program of USTs.


What we noticed, especially in smaller issues like the 7 Year Cash is that before a Fed buy back would be announced the price would pop significantly as buyers would run through all the offers on two major electronic exchanges (BGC Espeed and ICAP BrokerTec). This occurred more than several times as the 7 Year Cash would be overvalued both by its BNOC by 20-30 ticks and its relative value to similar off the runs. This buyer(s) would lift every offer they could, driving the price substantially above its "value" for sometimes a week at a time. After this buying would occur, the Fed would then announce the purchase of that security sometimes a handle above its approximate value. This "luck" did not just occur in the on the run 7 Year sector, it also occurred in the 30 Year Cash, 3 Year Cash, and more than several off the runs. Again, it was especially prevalent in the less liquid treasury products. Often the "appetite" for these securities would begin approximately 2 weeks to 1 week before the official Fed announcement. The buying was well organized and done in such a way as to completely knock it off kilter from its relationship with like cash Treasurys and the CME Ten Year Contract. If you examine the charts of some of the selected buy backs before the official announcement, you will see a similar occurrence.

Now we speculate that our Government also tipped other influential parties to get long equities in March also, Now isn't one the big buyers on Capital One Paulson & Company?

Now didn't Obama say yesterday, that he was going after those who package a product, and then short it to somebody else? 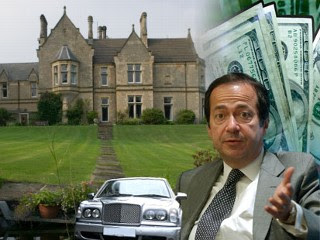 In a close reading of Wall Street Journal Gregory Zuckerman’s book, “The Greatest Trade Ever”, an otherwise starry-eyed account of Paulson’s bets against the mortgage market, Fiderer discovered this nugget:


“Paulson and [partner Paolo Pellegrini] were eager to find ways to expand their wager against risky mortgages. Accumulating it in the market sometimes proved to be a slow process. So they made appointments with bankers at Bear Stearns, Deutsche Bank, Goldman Sachs, and other banks to ask if they would create CDOs that Paulson & Co. could essentially bet against.”

As Fiderer explains, Paulson asked the banks to create those CDOs “so that they could be sold to some suckers at close to par. That way, Paulson’s hedge fund could approach some other sucker who would sell an insurance policy, or credit default swap, on the newly minted CDOs. Bear, Deutsche and Goldman knew perfectly well what Paulson’s motivation was. He made no secret of his belief that the CDOs subordinate claims on the mortgage collateral were close to worthless. By the time others have figured out the fatal flaws in these securities which had been ignored by the rating agencies, Paulson could collect up to $5 billion.

“Paulson not only initiated these transactions, he also specified the terms he wanted, identifying which mortgages would be stuffed into the CDOs, and how the CDOs should be structured. Within the overall framework set by Paulson’s team, banks and investors were allowed to do some minor tweaking.”

What if you lose your tipee?

What did Raj do when he lost his?

Didn't he sell, and then sell some more?

What's in your wallet?

Throw out that Capital One!

Before Paulson does!
Posted by Palmoni at 6:12 PM

so it sounds like you think most of the bigger financials will get hit?

are you just going to hedge your longs with some PUTS? or do you eventually plan to dump your longs?

So that's how Paulson made his money. The man is brilliant. Great call on those Goldman puts, it made my day when I saw some green shorting GS :P

Great read P. Would you write your outlook for the next few weeks and months. Do you still like the June 1440 calls? How about APWR -- does that recover from the mauling of this week? How about a few other recommendations. Many thanks...

I think that's what we saw today. A whiff of panic because of uncertainty.

But the financials play the biggest game with their books, so you could see some people attacking them again

At the bottom there was a giant heads up, innuendo, and prodding to get bullish on the market. I think some of the sellers are thinking the Govt "backstop" walked away.

He's hitting back now, so think of what is going on in portfolio manager heads

Geithner can go, but most Wall Streeters think the playbook is to sell if Bernanke isn't confirmed.

Everyone loves a good panic--you know the story escalator on the way up, an elevator on the way down, but I just try and make money from the short side or puts trading really aggressively on days like this, while leaving most of the longs alone

I think this Obama news can be a good cathartic cleanse for the market, as long as it doesn't get out of hand..these big banks have to be exposed a bit--and I think that's why they are so scared --even JP Morgan's net interest margin sucked--how is that possible with rates this low?

but days like these are exhausting-I'm just glad its the weekend!!

Great post. Are you bearish going forward? Do you think we will drop back to the low 700s on the SP?