Got Milk? Don't get it from China! They knew their milk was poisoned! 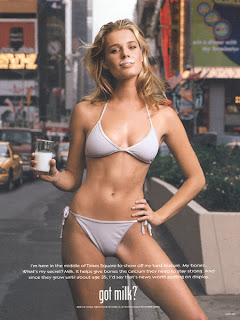 Now we found out, Chinese officials knew that the latest dairy shut down, Shanghaia Panda Dairy, was producing poisoned milk!

WSJ:
SHANGHAI -- New signs emerged that Chinese health authorities suspected a Shanghai dairy was producing milk tainted with deadly melamine well before the first public announcements last week that it had been shut.

State media announced on New Year's Eve that Shanghai Panda Dairy Co. had been closed, its milk products recalled from around the country and three top executives arrested.

Tuesday, local media reports and remarks by industry executives suggested that authorities were aware of problem milk at Shanghai Panda weeks or months before the recall.

The use of melamine, a pesticide that can mimic the properties of protein in milk, was long an open secret in China's dairy industry. But after six babies died and 300,000 were poisoned from melamine-tainted milk in 2008, authorities pledged that food safety would be a priority. Since then, Chinese courts sentenced two people involved in tainted-milk incidents to death and several others to lengthy jail terms.

Got milk? Don't get it from China!

Get it from Wisconsin! Or California!

After all, I delivered fresh milk! 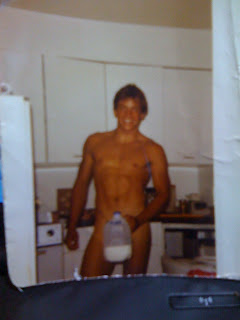 This picture was the inspiration for the "Got Milk" campaign.

The milk mustache was her idea!
Posted by Palmoni at 9:45 AM

do you have a target for MNI and ABX?

are you still holding LIZ? crazy...it's now back at 6 when we last talked it was beaten to 4....i guess it's just hold until sometime later...still underwater by a buck

Still holding them all! I was hoping you held LIZ! Finally fighting back!

I just think they're all in uptrends, so I'm just sitting tight, but I'll work on some targets

I want to have your baby!

Thanks Palmoni...i had a hard time not letting go of LIZ...but i'm glad i held. I'm beating myself now because i sold GCI and afterwards its run up $5...that would have really helped.

i let go of MNI too early so thats why i'm checking to see what your target is before i get back in...sold too low at $2.6 to get into something else at the time...now i'm kicking myself there too!

i'm learning and thanks again for everything.

still holding ABX from 41...finally broke through...and some HL...with some MGM from 9.5s