Oh my!!! That wasn't supposed to happen!! AAPL is too strong for even a "sell the news" moment!!

But you had the pikers come out with their nonsense. Goldman said the AAPL news was already in the stock. Pssst. Maybe Goldman should take a look at their screen!

And the best, finally for last. UBS with a target of 280!! And they say that APPL's guidance is conservative!


Now Steve Jobs says the tablet is a big deal. Doesn't at least he have some credibility on the street? Why did Amazon increase royalties to book publishers to 70% for Kindle? Read about that here. 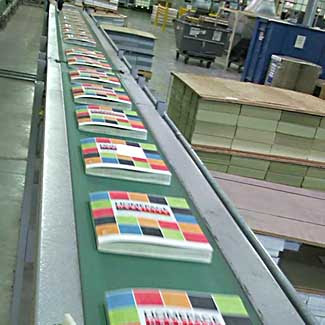 Supposedly publishers are all over this tablet. And it will be substantially less than $1000; which is the number the street expects it to debut at.
Surprise, surprise, surprise! Time to Gomer Pyle the shorts!
Posted by Palmoni at 12:27 PM

Palmoni, an important question: From what I understand, you believe that we will get Quantitative Easing Part 2 and that will drive markets higher. But before QE2 can be implemented, won't the powers-that-be have to cause a big decline in the market to justify it (and within the next few weeks)?? Thanks for your blog!

No--the peasants were getting too riled up! So keep the correction at 5%, jam the markets higher, and the masses get mollified!

So much of this is show. Look at Bernanke--now he promises transparency, and the emails show the utter disdain that the bankers have for John Q Public. Look what happens when he sweats losing his job.

I have spent many years prowling the marbled halls of the capital building in Washington, ambushing politicians in the underground passageway connecting the House and the Senate for off-the-cuff comments, sitting in on off-the-record, deep background interviews, and even occasionally offering some congressional testimony.
http://www.zerohedge.com/article/who-ben-bernanke

I am convinced, MadHedgeFundTrader, that however well you know your craft, you have no idea what is going on in the real America.

You say "This is why unemployment is now only 10%, instead of 25%."
Actually, real (U6) unemployment is closer to 17%. In many communities, you know, those places where Washington doesn't have any vested interest in showering money, it's well over 25%.

You say "That’s when we see how smart Bernanke really is."
Do you really believe he can "smart" his way through this? Seems to me luck is at least as important as smart. I understand the whole depression:hyperinflation dichotomy and if someone gave me 100 studies telling me when to push the button, it still would boil down to luck.

You say Scott Brown a black swan. Out here in the middle, he is no such thing. Scott Brown is the logical, direct line from event A to event B opening act for an electorate that is absolutely seething. The fact that you view him as a swan says a lot about how out of touch you really are. The main event is gonna blow your mind.

You need to get out more if you want to know what's going on. You need to spend time with people who are different from you. It obviously impresses you that you have access to Congressmen. Big whoop. When was the last time you were in the middle of the country? Ever been to Detroit or Flint? Ever talked to a farmer in Iowa, face to face? Ever talk to a Mexican immigrant in Texas and have him tell you what forced him to leave his home?

I'm sorry chief, but those of us who have to work for a living are not impressed with guys who ask off the cuff comments under the streets of Washington. We know how Congress works. You'd have to be a fool not to know. What we know that guys like you never will is what honest, hardworking Americans are thinking and worrying about and going through. That gives us a perspective you will never have.

Even those who pretend they get it, don't have enough blue collar blood in them, to actually understand the plight of the average American.

And I think that sums it up. We have a sh*tstorm, but no-one is going to let things get where those in power, lose their power.

So you might as well join them--andthe only way to play their game is to play stocks. That's their sop to us.

you know, i disagree with all these bears on the market, but I agree with a lot of what they say