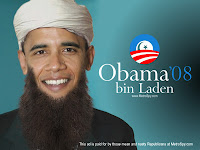 CAIRO (AP) - Al-Qaida leader Osama bin Laden has called in a new audiotape for the world to boycott American goods and the U.S. dollar, blaming the United States and other industrialized countries for global warming.

In the tape, aired in part on Al-Jazeera television Friday, bin Laden warns of the dangers of climate change and says that the way to stop it is to bring "the wheels of the American economy" to a halt.

He says the world should "stop consuming American products" and "refrain from using the dollar," according to a transcript on Al-Jazeera's Web site. 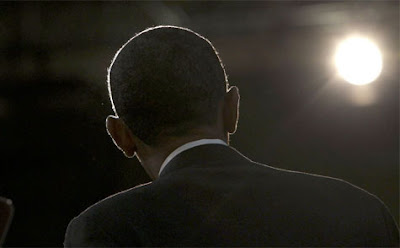 (Somehow the FBI's "cutting edge" technology of how Bin Laden now looks isn't working too well. Maybe they listened too much to Chris "I forgot Obama was black" Matthews!)
Posted by Palmoni at 7:48 AM