Chen said the mouse was around 8cm long and the thought of it swimming around in her food caused her to be immediately sick. The group complained to the restaurant owner and demanded compensation, but were refused. Chen then called the local Hygiene Supervision Bureau who carried out an immediate inspection of the restaurant, which was closed for three days but then opened as normal.
Speaking of China and unsafe products and practices..The Consumer Product Safety Commission now has said that homes built with Chinese Drywall must be completely gutted:

Previously the CPSC said this: 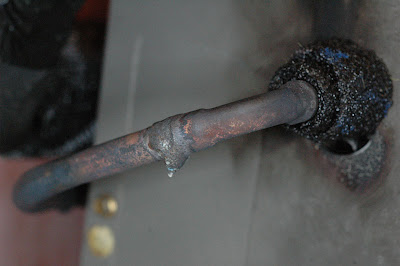 Now this:
Based on scientific study of the problem to date, HUD and CPSC recommend consumers remove all possible problem drywall from their homes, and replace electrical components and wiring, gas service piping, fire suppression sprinkler systems, smoke alarms and carbon monoxide alarms. Taking these steps should help eliminate both the source of the problem drywall and corrosion-damaged components that might cause a safety problem in the home. 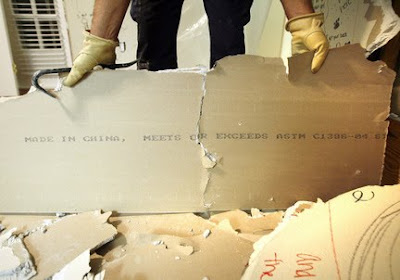 Interim Remediation Guidance
This Interim Remediation Guidance for homes with problem drywall calls for the replacement of:
1. all possible problem drywall;
2. all fire safety alarm devices (including smoke alarms and carbon monoxide alarms);
3. all electrical components and wiring (including outlets, switches and circuit breakers); and
4. all gas service piping and fire suppression sprinkler systems.
All testing and remediation work should be conducted in compliance with applicable building codes, occupational safety and health standards, and environmental regulations.
Another Chinese product found faulty. But this time, you were better off eating the mouse than living in the Chinese drywall house!

Makes you want to clean your mouth.

But don't us Chinese toothpaste!

That's poisoned also!
Posted by Palmoni at 9:40 AM