The Role of Bank Regulators 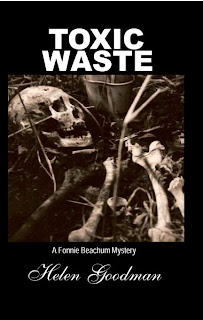 The Senate has a report out, entitled Wall Street and the Financial Crisis: The Role of Bank Regulators.

In the file, look on page 314 of the report, and point (4) asses the FDIC's resolution process for WaMu. The fourth objective will be addressed in a later report after ongoing litigation is completed.

Remember the litigation risk that JPM has for WaMu? And also how the FDIC gifted WaMu to JPM courtesy of the taxpayer? 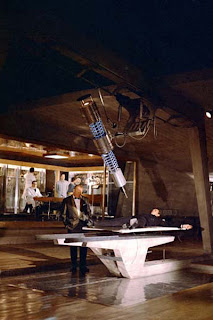 We also know that a record number of large shorts were laid out in the gold market the last two weeks, and that Goldman Sachs knew that they were going to be charged. Coincidentally Goldman's co-conspirator in this racket, John Paulson, is the largest holder of gold in his funds on this planet.

We also know that Merrill Lynch, did the same investor fraud that Goldman Sachs was accused of when Rabobank got screwed over in their CDO's:

April 17 (Bloomberg) -- Merrill Lynch & Co. engaged in the same investor fraud that the U.S. Securities and Exchange Commission accused Goldman Sachs Group Inc. of committing, according to a bank that sued the firm in New York last year.

Cooperatieve Centrale Raiffeisen-Boerenleenbank BA, known as Rabobank, claims Merrill, now a unit of Bank of America Corp., failed to tell it a key fact in advising on a synthetic collateralized debt obligation. Omitted was Merrill’s relationship with another client betting against the investment, which resulted in a loss of $45 million, Rabobank claims.

We also know that the hedge fund Magnetar, accelerated the downfall of the housing market, by creating and reviving the subprime market by creating synthetic toxic securities:
---------
In late 2005, the booming U.S. housing market seemed to be slowing. The Federal Reserve had begun raising interest rates. Subprime mortgage company shares were falling. Investors began to balk at buying complex mortgage securities. The housing bubble, which had propelled a historic growth in home prices, seemed poised to deflate. And if it had, the great financial crisis of 2008, which produced the Great Recession of 2008-09, might have come sooner and been less severe.

When the crash came, nearly all of these securities became worthless, a loss of an estimated $40 billion paid by investors, the investment banks who helped bring them into the world, and, eventually, American taxpayers.

Yet the hedge fund, named Magnetar for the super-magnetic field created by the last moments of a dying star, earned outsized returns in the year the financial crisis began...

According to bankers and others involved, the Magnetar Trade worked this way: The hedge fund bought the riskiest portion of a kind of securities known as collateralized debt obligations -- CDOs. If housing prices kept rising, this would provide a solid return for many years. But that's not what hedge funds are after. They want outsized gains, the sooner the better, and Magnetar set itself up for a huge win: It placed bets that portions of its own deals would fail.

Along the way, it did something to enhance the chances of that happening, according to several people with direct knowledge of the deals. They say Magnetar pressed to include riskier assets in their CDOs that would make the investments more vulnerable to failure. The hedge fund acknowledges it bet against its own deals but says the majority of its short positions, as they are known on Wall Street, involved similar CDOs that it did not own. Magnetar says it never selected the assets that went into its CDOs.
---------

Magnetar, like Goldman Sachs, said they were "market neutral."

They were so neutral that 96% of their deals, that they bet against, that they stuffed with toxic securities, were in default by the end of 2008.

Didn't JPM, Citi and UBS do deals with Magnetar? And Magnetar's position, like Paulson, wasn't disclosed either. The contra-party, who bet against the securities blowing up. Their equity provision, that they will ballyhoo about, was the tiny sliver that would capture the upside. Like Goldman, who says they invested along side the deal, while they bought insurance on the entire deal blowing up, for just pennies on the dollar! 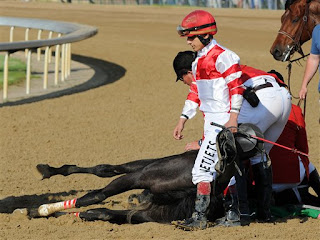 Let's say you had a lame horse running a race, and you get get 40-1 odds on it winning. That's the equity slice of the CDO. But for 1 or 2 cents on the dollar, you could buy insurance on your horse, that would pay 100 cents on the dollar if it finished out of the money because the insurance writer didn't know your horse was lame. That's the insurance on the CDO. And in most cases, you, the taxpayer, paid the insurance, on the bet they rigged, because they bought it from AIG.  They then show you the losing ticket, and say I bet along with you. 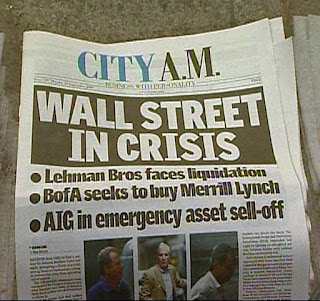 And that's what happened in November of 2008. It was a feeding frenzy, by a criminal conspiracy, intent on taking down the financial system.

And that's also why, folks like Paulson & Co. bought all the financials that they could at the bottom. They knew that they helped create the mess with their toxic securities. The Wall Streeters, who bought this stuff and got conned, panicked because they thought that a AAA security was really triple A. Thus, we had the Great Depression ruse, that Wall Street told would happen, because if they lost their job, or they lost their money, then heaven forbid, the rest of the country has to go to hell if they are going to suffer. They were willing pawns to deflect what th ereal story was, and then, Bernanke and Obama, could tell they world, that they saved it from the Great Depression, when in fact, they only thing they did, was pump enough money in the bankers pockets, that they could pay off their crooked side bets with taxpayer money!

And since these folks were in on the game, they could buy everything on the street, because prices had gone down to generational lows, and then, they get the upside. Good markets, make people forget bad things!

Now these same bankers, who created this mess, now say that the SEC and the public is just too stupid to realize the con. This was just a market neutral strategy. (Read Magnetar's respnse.)We disclosed it. We f*cked the pensions, and the retirements of the working class, and took the money that we stole from them, an dlinbed their pockets with it.

Corporate America, which couldn't then get a loan, laid off more workers than they should; and now those laid off workers, who can't get similar jobs, are left working where their talents aren't utilized, or their skills aren't appreciated, and without the pay or benefits they had at their previous employer. And why would they hire them back? They hire a younger person, that will do the work at half the cost, because these new workers  yet, don't even have to make a decision that matters. And corporate profitability increases because of the productivity miracle of over-worked workers doing two jobs; connected 24/7 to work by their blackberries! 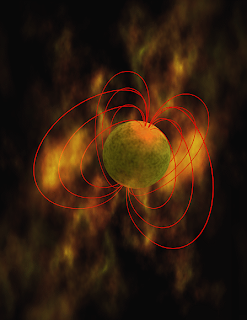 So maybe, all of this will go away. Maybe Cramer can come on television and defend Goldman as their chief PR hack. Maybe you can buy into that shill. Maybe all these lawyers that aren't getting corporate billings, won't take a shot at these billion dollar paydays, and try and take some of the money back, that Wall Street stole from the people.

And maybe this time, there is no magnetic field around the magnetar, that is drawing the sharks to the billions of dollar of chum being tossed around on Wall Street.

Who got paid their billions, off of the blood of the American worker.
Posted by Palmoni at 1:19 PM

Is it amazing how contempuous these wall street scammers are.

They pick a name, magnetar, that implies something imploding on its way to oblivion.

Kinda like the boiler room stock pumpers who often choose screen names on message boards that belie the pumps they're doing.

These kind of guys have trouble hidding the utter distain they have for gulible investors. I guess its part of the metality of these types to bust people out and laugh at the damage they do.

Palmoni I hope SEC has people as insightful as you are and smart enough to win the battle against those wall street monster!

just great no other way to put it