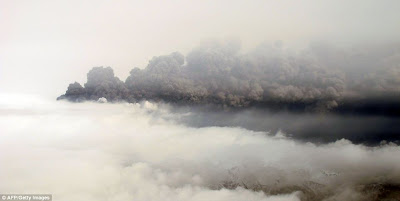 The spread of volcanic ash prompted authorities in the UK, Ireland, France, and Scandinavia to close airspace over their countries. The airspace closure had a ripple effect, disrupting flights all over the world.

Unlike the soft, fluffy material that results from burned vegetation, volcanic ash consists of tiny jagged particles of rock. Once sucked into an aeroplane’s turbines, the abrasive material can easily cause engine failure, but an aircraft’s weather radar can’t spot the ash because it is dry. 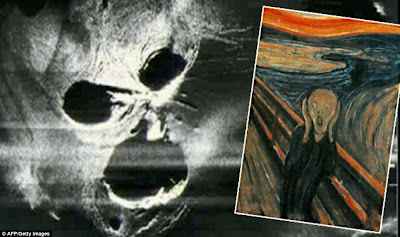 And here's the radar image of the Eyjafjallajokullcrater.
Posted by Palmoni at 9:20 AM