Buffett gets backing for his weapons of mass destruction 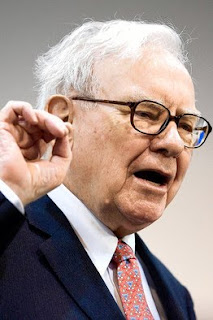 In the new derivative deal proposed, Buffett puts is name on the line to help the big banks:

WSJ
The provision, sought by Berkshire and pushed by Nebraska Sen. Ben Nelson in the Senate Agriculture Committee, would largely exempt existing derivatives contracts from the proposed rules. Previously, the legislation could have allowed regulators to require that companies such as Nebraska-based Berkshire put aside large sums to cover potential losses. The change thus would aid Berkshire, which has a $63 billion derivatives portfolio, according to Barclays Capital.

Mr. Buffett's push is especially notable because he has warned of the potential dangers of derivatives, famously branding them "financial weapons of mass destruction."
Posted by Palmoni at 7:33 AM