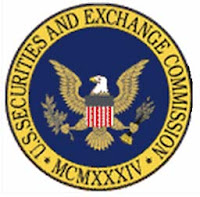 Oh My! breaking news by the SEC. From the WSJ:

Wall Street's most powerful firm is being drawn into the government's sprawling insider-trading investigation.

Prosecutors are examining whether a Goldman Sachs Group Inc. board member gave inside information about the Wall Street firm to Galleon hedge-fund founder Raj Rajaratnam during the height of the financial crisis, people close to the situation told The Wall Street Journal...

As part of that focus, the government is examining whether Rajat Gupta—a current Goldman director, former head of McKinsey & Co. and close associate of Mr. Rajaratnam's—shared inside information about Goldman, the people close to the situation say.

No criminal charges or other allegations have been filed against Mr. Gupta, nor is there any indication that investigators are looking at his own stock trading. A spokesman for Mr. Gupta said, "Mr. Gupta is unaware of any examination of any such issue and has done nothing wrong."

Rajat Gupta was my Halloween surprise last year. I said he was as thick as thieves with Raj. You can read about it here.

And how about the side deal with Goldman and Raj, and the ex-Chairman of Goldman Sachs Asia division, who decided to have their own inside party, with Goldman as the tipee?

What else is new. But really, it was common knowledge on the street that Galleon and Goldman operated, as JPMorgan would say, "in the grey areas of the market."

Let's see if the SEC can really bring it.

We'll see. They couldn't find anything amiss at AIG, even though $100 billion was thrown around like dollar bills at a strip joint; so now they'll bring a Goldman crony down?

And just like a strip joint, the SEC is selling a fantasy. But it's not wrapped up in a G-String, but G-men.