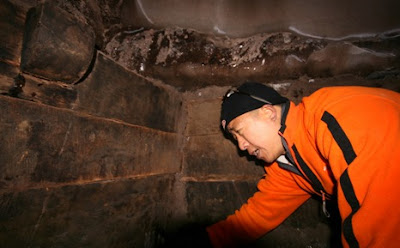 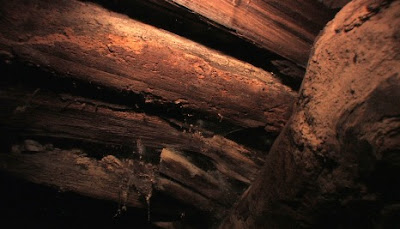 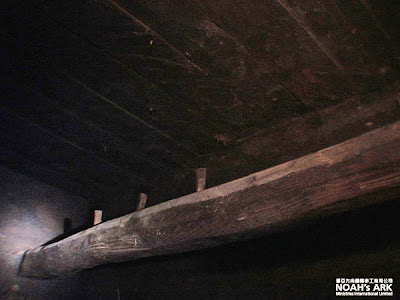 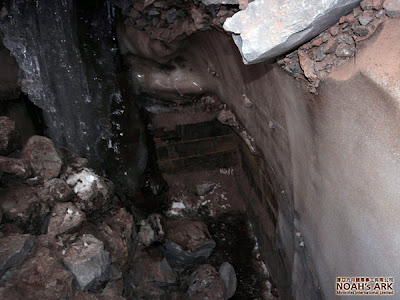 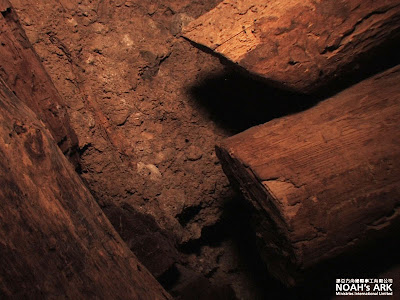 A 450 foot rectangular boat with compartments 13,000 feet up on Mount Ararat in Turkey, that carbon dates to about 4,800 years old?


Here's what the Chinese papers say: 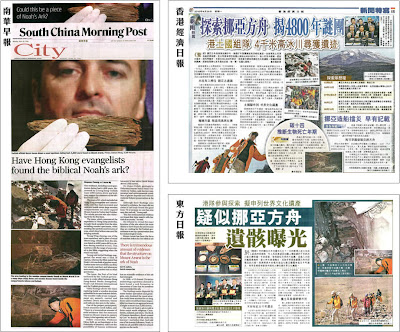 Now I don't know what these pictures really prove.

In fact you have this version of the above "facts"

"The photos were reputed to have been taken off site near the Black Sea, but the film footage the Chinese now have was shot on location on Mt. Ararat. In the late summer of 2008 ten Kurdish workers hired by Parasut, the guide used by the Chinese, are said to have planted large wood beams taken from an old structure in the Black Sea area (where the photos were originally taken) at the Mt. Ararat site. In the winter of 2008 a Chinese climber taken by Parasut’s men to the site saw the wood, but couldn’t get inside because of the severe weather conditions. During the summer of 2009 more wood was planted inside a cave at the site. The Chinese team went in the late summer of 2009 (I was there at the time and knew about the hoax) and was shown the cave with the wood and made their film. As I said, I have the photos of the inside of the so-called Ark (that show cobwebs in the corners of rafters – something just not possible in these conditions) and our Kurdish partner in Dogubabyazit (the village at the foot of Mt. Ararat) has all of the facts about the location, the men who planted the wood, and even the truck that transported it."

But irrespective of their story,  I'll still take Moses' version of the events of the flood. Yes, I buy into it.

So here's the Bible version:

Genesis 7:
13 On that very day Noah and his sons, Shem, Ham and Japheth, together with his wife and the wives of his three sons, entered the ark.

Genesis 8:
4 and on the seventeenth day of the seventh month the ark came to rest on the mountains of Ararat.

So 8 people, go into the ark, the giant boat, that saved mankind from the flood.

So here's the Chinese word for boat.

So the Chinese word for boat, consists of the word vessel, eight and person/mouth. Coincidentally, eight people, went into the Ark, that was the vessel, that saved mankind from the flood.

And coincidentally, the Chinese word for boat, tells the story of Noah. Nice play for a myth.

In the selfsame day entered Noah, and Shem, and Ham, and Japheth, the sons of Noah, and Noah's wife, and the three wives of his sons with them, into the ark.

The ark, was the vessel, that saved eight persons. You can do that math. It isn't to difficult--even for you scientists with your PHDs!

It was nice that this story was recorded in the Chinese characters whose language pre-dated Hebrew by about 700 years, so maybe you can forgive the Ark believers for chomping at the bit on this story.

Unless someone has a better explanation on why a 450 foot boat was found 2 1/2 miles up on the top of Mount Ararat, in Turkey.

Maybe they were just having an ice fishing contest!
Posted by Palmoni at 1:27 PM

First off, who says the pile of old sticks is actually a boat and not just some hut??

Sounds a little too convienient for me. Like the chino's are always honest and upfront with toothpaste, cat food or drywall.

Nice little publicity stunt if you ask me.

well it could be, but irrespective if it is a publicity stunt, the variation of species is such that 6 billion isn't needed.

So now the Chinese have manufactured an ark?

but if it a rectangular box, as big as the Queen Mary, encased in ice, dated 4800 years BC and 2 1/2 miles up on Mt Ararat--do you have a better explanation?