The private equity folk are looking to cash in 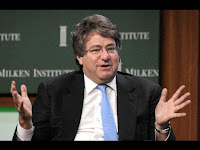 Metals USA, the Fort Lauderdale, Florida-based company that shapes steel into parts, plans to raise as much as $211 million offering stock at $18 to $20 today, a regulatory filing showed. At the middle of the price range, the shares would be valued at more than three times what the owners including Apollo originally paid, a discount to its two smaller North American competitors and 29 percent more than its biggest rival, Reliance Steel & Aluminum Co., Bloomberg data show.

The deal comes after U.S. stocks rose to an 18-month high and seven companies sold shares within or above their price ranges. 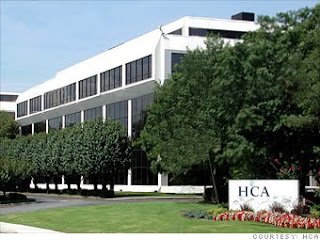 April 8 (Bloomberg) -- HCA Inc., the hospital chain bought four years ago in a $33 billion leveraged buyout led by KKR & Co. and Bain Capital LLC, is preparing an initial public offering that may raise $3 billion, said two people with knowledge of the matter.

HCA plans to interview banks to underwrite the sale in the coming weeks, according to the people, who asked not to be identified because the information isn’t public. The sale, slated for this year, may fetch $2.5 billion to $3 billion, the people said. HCA’s owners, which include Bank of America Corp. and Tennessee’s Frist family, may seek $4 billion, said another person familiar with the plans.

The stock offering would be the biggest U.S. IPO in two years and help HCA pay off debt, the people said. The hospital operator may profit from the health-care legislation President Barack Obama signed into law on March 23 that provides for coverage for millions of uninsured patients, said Sheryl Skolnick, an analyst at CRT Capital Group LLC in Stamford, Connecticut.
Posted by Palmoni at 7:35 AM

also...why is MPG moving so hard each day? how are they going to get out of their mess?

man...husa....i guess no one bought the press release?

After the background of David Snow was reported regarding some of the other stocks he touted, (who wrote the glowing report with his $80 target for HUSA) --who would?

Now its prove out some wells, before the street believes.

I don't mind stock touts, but I don't want to have to take a shower afterwards.

I'm done with that name.