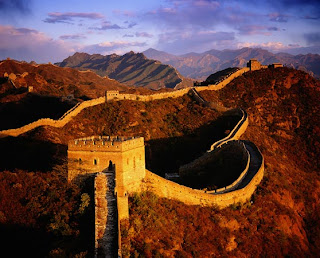 Looks like China has adopted Goldman's techniques of a Chinese Wall. We had this story yesterday:

Consumer prices may have climbed 2.4 percent in March, the news agency and the Shanghai-based newspaper reported separately. The numbers will be released at 10 a.m. in Beijing today.

But check out China's paper yesterday. And it's not Bo you need to check out. 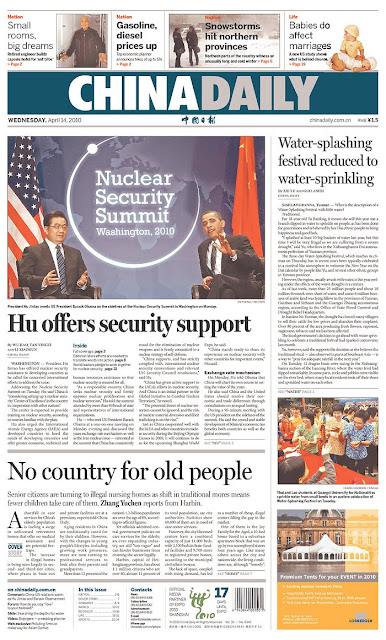 China has so much clean water, that they only can sprinkle it at a water festival!
Posted by Palmoni at 7:53 AM