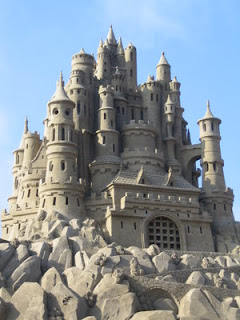 The NYT has a story about how Lehman shuffled paper into Hudson Castle. And the wizards at Hudson, also had an appetite for the worst of Lehman's dreck:

Hudson Castle created at least four separate legal entities to borrow money in the markets by issuing short-term i.o.u.’s to investors. It then used that money to make loans to Lehman and other financial companies, often via repurchase agreements, or repos. In repos, banks typically sell assets and promise to buy them back at a set price in the future.

One of the vehicles that Hudson Castle created was called Fenway, which was often used to lend to Lehman, including in the summer of 2008, as the investment bank foundered. Because of that relationship, Hudson Castle is now the second-largest creditor in the Lehman Estate, after JPMorgan Chase. Hudson Castle, which is still in business, doing similar work for other banks, bought out Lehman’s stake last year. The firm’s spokesman said Hudson operated independently in the Fenway deal in the summer of 2008.

Hudson Castle might have walked away earlier if not for Fenway’s ties to Lehman. Lehman itself bought $3 billion of Fenway notes just before its bankruptcy that, in turn, were used to back a loan from Fenway to a Lehman subsidiary. The loan was secured by part of Lehman’s investment in a California property developer, SunCal, which also collapsed. At the time, other lenders were already growing uneasy about dealing with Lehman.

Further complicating the arrangement, Lehman later pledged those Fenway notes to JPMorgan as collateral for still other loans as Lehman began to founder. When JPMorgan realized the circular relationship, “JPMorgan concluded that Fenway was worth practically nothing,” according the report prepared by the court examiner of Lehman. 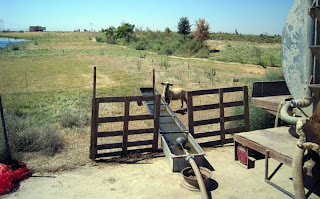 Now that the NYT is looking at this, when are they going to check out R3 Capital Partners, who Lehman also invested in, and who also took $5 billion of Lehman's assets with him.

Here's the trail. Rick starts the fund, takes Lehman's dreck, is already on board with DTC before that, and no-one needed to check him out since then he was Vice Chairman of the Treasury Borrowing Advisory Committee. Maybe just a bit too close to home for Turbo Tim and Bamboozled Ben, who had the folks looking at Lehman's books, when they weren't really looking.

So Blackrock, Treasury's body burial hider acquires them a year ago, because Lehman had to "sell" their stake as part of the bankruptcy process for only $250 million, a stake they paid $1 billion for just four months earlier. Meanwhile, R3 gets acquired having just $1.5 billion of assets. Those $5 billion of Lehman's assets? I guess that was offset by the price they paid for an investment in R3! Lehman's version of pay to play, for offloading overpriced toxic assets!

Anyone for some rinse, wash and repeat?

Because if you are on the inside of Treasury, they'll make anything with dirt on it, lilly white.