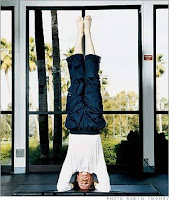 Less than a year ago, Bill Gross was giving this advice:

Do not be deceived by the euphoric sightings of “green shoots” and the claims for new bull markets in a multitude of asset classes. Stable and secure income is still the order of the day. Shaking hands with the new government is still the prescribed strategy, although it should be done at a senior level of the balance sheet. If the government indeed becomes your investment partner,  you should keep the big Uncle in clear sight and without back turned. Risk will not likely be rewarded until the global economy stabilizes and the Obama rules of order are more clearly defined.

After missing the biggest bull market rally in history, Bill Gross now tells us that inflation is right around the corner.

“Americans have assumed the roller coaster goes one way,” said Bill Gross, whose investment firm, Pimco, has taken part in a broad sell-off of government debt, which has pushed up interest rates. “It’s been a great thrill as rates descended, but now we face an extended climb.

The sale in bonds was here. January 1, 2009. Advertised at the exact low.Haven't we already had an extended climb?

The idea that massive inflation is now just around the corner is just lame. The only inflation we'll have is in stock prices, as PE's continue their expansion. 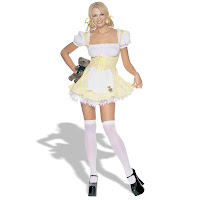 You want to be on inflation?

Bet instead on an inflating PE's.

It' still Goldilocks for the stock market.

And even though Goldilocks has been advertised since last July, only now has Wall Street recognized her.

Unless of course, you want the bear's fantasy instead! 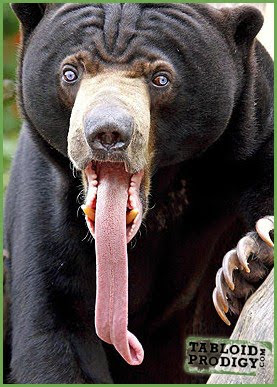 They are desperate for any sort of action!

They see a bear in a teddy, and they think it's a Steiff!
Posted by Palmoni at 8:11 AM