What's cookin' with the restaurant stocks? 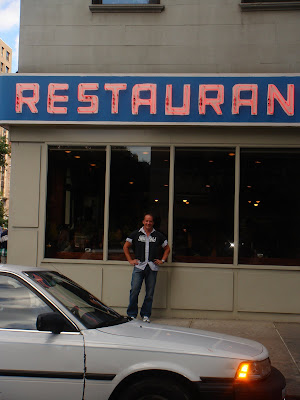 So now the Russell has moved 24% off of the lows on February 9. The S&P has tacked on 15% since then. Wouldn't it of been nice to get in at that low? Oh that's right. It was advertised here, when David ""I wasn't really that bearish" Rosenberg said we were heading for a test of 900. I said we already had the test of the downside to the day on February 9:

How is that going to happen? We already had the retest yesterday of the downside! There is ZERO chance of Rosie's scenario happening! With all his rigor and intellectual superiority, he highlights this as the salient proof that the rockin rally from 666 was just a bear market bounce.

The next day, Rosie said we peaked:

Rosie wrong, Manna right. Again. What else is new.

But one of the biggest beneficiaries of the rally  has been the restaurant stocks.

Let's take a look at CAKE, and check out where it was in December of 2008.

Lower gas prices means the consumer will still go out to eat. Cheesecake Factory (CAKE 7.37), which also owns Gran Luxe and Brinker International (EAT 8.53), which owns Chile's, Maggiano's, Romano's Macaroni Grill and On the Broder are both plays, with good charts that have made a rolling bottom, that now look like they getting ready to head higher. Not a play you need to overthink. Everyone knows these stories, and yet nobody is interested. But today I saw good buying in both.

Remember how this number was panned by the street? I know a great guy that manages a Cracker Barrel store. What he did, was hire more people, whereas the policy of the store was to cut back on help and squeeze out profits that way. His monthly overage on the store profits alone last month was $7,000. More help, allowed more people to eat, and the pie increased. Not only that, but they did better because the competitors folded up shop.

Now what we know is that gas prices have gone up, and foreclosures are increasing; and that's the demographic of the folk that eat out.

But what's the demographic of the folks that are buying these stocks up here? Is it value investors or performance chasers?

When these stocks were down in the toilet, supposedly no-one was ever going out to eat again. How did that work?

Now supposedly, no-one is ever going to buy a new house again either.

Maybe some day, people will want to start saving for a new home again. That bet, may still be premature. Because who worries about a mortgage when you're not paying it?

And its easier to pay for a meal out, than a mortgage payment!

But I think the restaurant stocks are now in the hands of traders. So maybe they can goose them some more, but I think they need some digestion. The traders are starting to gorge themselves!

I'll sell them to the bears covering! 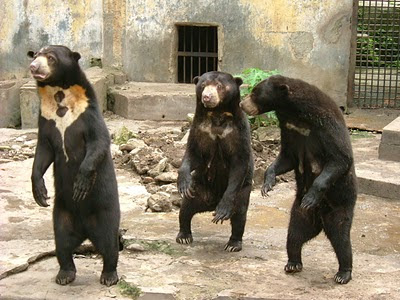 That's the picture the bears got when they should of been covering!

And these pathetic bears, laid out so many shorts, that their covering gave us this rally!!

And once again, it was advertised, as usual, ahead of time!
Posted by Palmoni at 7:45 PM

So it appears that you're wearing an AuH20 shirt? When was the picture taken?