"Clear and broad based improvement" 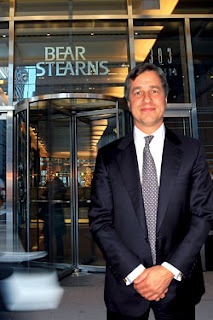 So said Jamie Dimon, the CEO of he nation's bank, which reported earnings of .74 versus expectations of .64.

( JPM also said that since they changed their overdraft policy on NSF checks, that it will cost the bank $500 million after tax)

Maybe the students from Syracuse will rethink their protests.

Oh my--the big bad bankers! Give me a break. Did those students really think that banking was honorable? Most banking, is just legalized theft, helped with asymmetrical information!

So then, what does it mean when even the bankers can sound optimistic?

So what does it mean when GOOG ratchets 15 points higher like it did yesterday?

Or ISRG tacks on 13 points and change?

Or that the small over-shorted spec names can double or triple? Doesn't it mean then, that anyone can recognize the recovery?

Except for the bears?

And then, don't stock prices soon have to reflect growth?

So we are at 11,000 on the Dow, and 1200 on the S&P. That means nothing. Stock prices at those levels only reflect less than fair prices. Those prices just reflect that we have come back from the brink.

Stock prices do not even reflect current growth expectations.

Look at Alcoa. Did their "miss" mean anything in the market? It only neant enough, for those dumb enough to sell in yesterday's first 15 minutes. Last time, AA missed you had selling for 15 days! 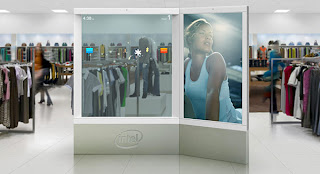 Now look at INTC. INTC had a great quarter. last time they reported a good number, they sold the stock off, as if all the good news was already reflected in that name. Will they do that now? Now there is no chance, because even Wall Street is not that stupid.

Look at Disney. Remember when this number reported? Jon Najarian was on the tube, telling people he was taking profits. At 30. Supposedly the good news was baked in that name also. So now its at 36. So much for that theory.

And three months from now, you'll look back at the averages, and say the same thing. What was I thinking? How could I be so stupid? Why did I think stock prices reflected the current good news?

Even Bernanke can now say the financial problems are behind us!

So now, at Dow 11,000 and S&P 1200, we hear that Newsweek's cover means the news is priced in, blah blah blah, when in fact, we are now entering the phase where the market gets more exciting, because it will even allow the public to make some money!

And then, you'll hear, how the pros are already selling their stock to the public.

Well, think about that. 73% of all the volume on the exchange is already high frequency trading. Those people can't hold stock longer than 10 minutes.

Morgan Stanley, announced today, that in their private equity $8.8 billion dollar fund real estate, that the losses in their will top $5.4 billion.

That's because in that fund, in some cases, they can't just jingle mail the keys because they have offered guarantees!

Now hasn't Morgan Stanley been afraid of this market? Hasn't MS not been aggressive like the other banks? Didn't they represent to the street that they were back doing just plain vanilla business?

Maybe that's because they knew what they had in their side pocket!

And maybe you don't want my opinion. So I'll give you what the WSJ said: 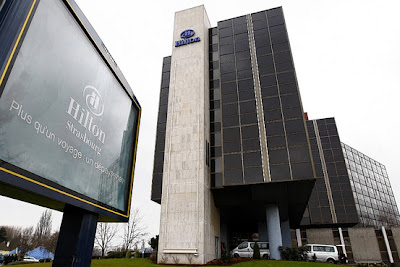 Morgan Stanley has told investors in its $8.8 billion real-estate fund that it may lose nearly two-thirds of its money from bum property investments, according to fund documents reviewed by The Wall Street Journal.

That would likely make it the biggest dollar loss—$5.4 billion—in the history of private-equity real-estate investing...


The soured investments made by the $8.8 billion fund, Msref VI International, continue to be a distraction for Morgan Stanley as it tries to extricate the fund from complex deals around the world. In many cases, the company can't walk away from foundering investments because the fund made billions of dollars in guarantees.

So now that Morgan Stanley misses the biggest rally in the history of the stock market, because of a distraction, maybe now, even the folks at MS will start getting a bit more bullish!

And they'll start deploying some of their firm's money in the market!
Posted by Palmoni at 8:21 AM

are you a buyer of AA at this level?

do you think we'll have any small 4-5% pull back soon?

So lets go to 1252 where we were before Lehman, and then, maybe you can pull back a couple percent before we go to 1270.

Pretty sooon, everyone will find out that they have to chase in order to get performance. But instead of AA, just buy FITB. The banks are breaking out.

And check out INTC--supposedly like clockwork, despite whatever they report, the stock gets sold on earnings. What happened today? Ouch! The bears thesis is completely toast!