The Fed: We're keeping the punchbowl spiked until equity buyers get drunk 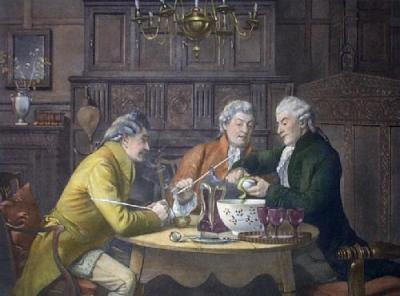 (Reuters) - Top Federal Reserve officials on Thursday showed little urgency about softening the central bank's commitment to hold rates low for a long time, suggesting the Fed will repeat the pledge when it meets late this month.

The Fed has held benchmark borrowing costs near zero to help the economy recover from the worst downturn in decades. It has promised to hold rates exceptionally low for an extended period to encourage borrowing.

"At some point in the future, we're going to need to begin to adjust the language, to begin to see changes in the substance of the policy," Atlanta Fed Bank President Dennis Lockhart told reporters after addressing a business group in Pensacola, Florida.

"The substance of the language, I continue to support," he said, adding he was not calling for any immediate changes to it. Lockhart is not a voter on the Fed's policy-setting Federal Open Market Committee this year.

IT ALL "DEPENDS UPON THE ECONOMY"

Another senior Fed official, Richmond Fed Bank chief Jeffrey Lacker, said earlier this week that recent signs of recovery have led him to think that a muting of the extended period language should come "sooner rather than later."

However, Lacker said on Thursday he did not see any pressing need to remove the phrase from the Fed statement yet.

"I'm comfortable with interest rates where they are now," Lacker, also a non-voter, told reporters at a Fed symposium on credit markets in Charlotte, North Carolina.

And so far, buyers have just gotten a bit tipsy. The folks with the hangovers?