Blagojevich wants to call Obama as a witness 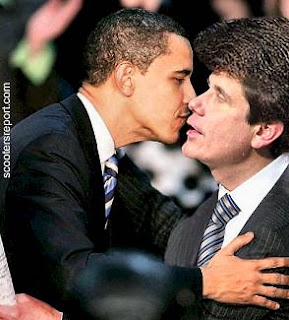 WSJ
Mr. Obama has said no representatives of his had anything to do with alleged deals for the Senate seat, according to the motion. Mr. Blagojevich argues those statements "contradict the testimony of an important government witness."

The alleged contradictory information was redacted in Thursday's filing.
Posted by Palmoni at 8:44 AM

do you know why MGM keeps going up?

We keep getting these intraday pullbacks like we did today, but then, the stock always marches higher.

Look how much Singapore is helping LVS. When MGM has the Macau spinoff, and then, when they start hyping their Vietnam casino--and remember that's how bull markets work. They discount, and hype up that which is in the future.

Then throw in MGM's other international properties..and you have a stock that goes higher