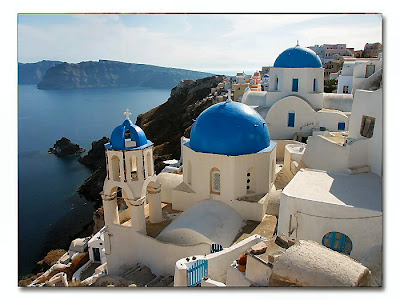 Greece to get bailed out:
WSJ
BRUSSELS—Euro-zone finance ministers agreed Sunday that if heavily indebted Greece were to get a bailout, it could receive as much as €30 billion in loans this year at about 5% interest from fellow euro nations.

The move puts Greece closer to a bailout as it heads into a week headlined by an auction of Greek treasury bills Tuesday. That is seen as a crucial test of whether Greece can still borrow from capital markets. If it can't, it would likely have to turn to the European Union package.

The ministers didn't decide to give Greece the aid; that step would require the unanimous assent of euro-zone leaders. But they laid out terms—especially an interest rate—in an attempt to convince wary financial markets that the European Union does indeed have a plan in place.
Posted by Palmoni at 1:39 PM