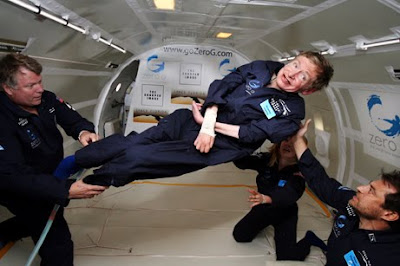 Any banker on Wall Street warns is that any financial regulation could cause unknown and unforseen, immediate harm to the economy. Sort of like George Bush's terrorist light.  Now we have Stephen Hawking telling us to leave the aliens alone, or they'll colonize us!

LONDON (AFP) – Aliens may exist but mankind should avoid contact with them as the consequences could be devastating, British scientist Stephen Hawking warned Sunday.

"If aliens visit us, the outcome would be much as when Columbus landed in America, which didn't turn out well for the Native Americans," said the astrophysicist in a new television series, according to British media reports.

The programmes depict an imagined universe featuring alien life forms in huge spaceships on the hunt for resources after draining their own planet dry.

"Such advanced aliens would perhaps become nomads, looking to conquer and colonise whatever planets they can reach," warned Hawking.
Posted by Palmoni at 7:40 AM