End game in sight for Goldman? 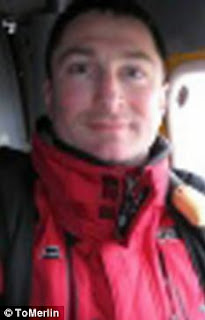 WSJ
Fabrice Tourre, the Goldman Sachs Group Inc. employee at the center of the U.S. government lawsuit alleging securities fraud, has decided to take some personal time off and hasn't said when he will return to work, according to a person familiar with the matter.


Goldman spokesman Lucas van Praag confirmed in an email that Mr. Tourre is on "paid leave with no end date."

Let's see. He was paid $2 million for the deal, that Goldman supposedly lost $90 million on.

Now he's getting paid to be the fall guy---with "no end date!"

Yesterday, Goldman said he had done nothing wrong, therefore there was no need to suspend him.

So today he gets paid personal time off!
Posted by Palmoni at 7:35 PM

Well, the market seems content with him as the fall guy.

GS rallied back from the selloff so it looks like all clear for the crooks at GS, save for fabio.

What a surprise, huh?
GS has more connections and influence than we can fathom. So when a scandal hits, sacrifice one guy who no doubt is going to be well paid for his services and the party goes on for the rest of the GS scammers.