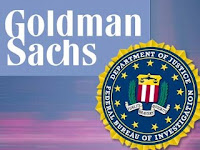 Let's revisit this story on AIG, CDOs and Goldman for just a moment:

Cassano didn’t mention Lou Lucido, 61, a guitar-playing bond buyer at TCW Group Inc. in Los Angeles with a taste for the Rolling Stones. Throughout 2006 and 2007, Lucido had been buying bundles of subprime loans for an investment pool that AIG was bound by contract to insure against failure...

Lucido’s team, following criteria set by Goldman Sachs, changed almost one-third of the collateral in Davis Square III after the CDO’s creation in 2004, according to data compiled by Bloomberg from Moody’s Investors Service reports. The securities were mostly backed by the types of newer loans that are going bad at more than twice the rate of older ones. By November 2008, after U.S. taxpayers rescued AIG with a bailout that later swelled to $182.3 billion, even the highest-rated parts of Davis Square III had lost almost half their value...

Replacing good collateral with bad helped erode Davis Square III’s value. Declines in quality added to the cash AIG had to pay to holders of its insurance because its Financial Products division, headed by Cassano, made agreements with banks that included what are called collateral triggers.


The triggers kicked in when the value of the CDOs declined or if a rating company downgraded AIG’s creditworthiness. By December 2008, the insurer had paid out more than $35 billion, according to a list of collateral provided by AIG to Congress.
When the Financial Products unit agreed to guarantee certain top-rated CDO pieces, it didn’t envision that assets added later could cause losses, according to a person with knowledge of AIG’s thinking who spoke on condition of anonymity because he wasn’t authorized to comment.
----------
So Goldman, changes the criteria, and TCW, on Goldman's changed criteria, replaces good collateral with bad, that went bad at twice the rate as the previous collateral.
And it just so happened that Goldman, had bet against the bonds, buying insurance on the deals from AIG. And then, Goldman, whose marks where lower than anyone else's on the street, kept coming to AIG for more collateral calls. 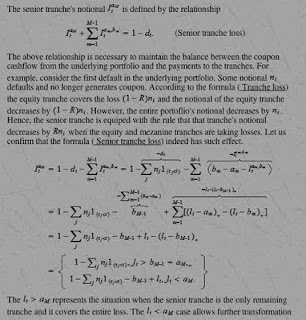 By December 2008, more than 170 AIG-insured pieces of CDOs, including parts of Davis Square III, had been taken over by a U.S. taxpayer-funded asset pool called Maiden Lane III after the street where the Federal Reserve Bank of New York is located.

Goldman Sachs and TCW’s parent, Paris-based Societe Generale SA, were paid the most before and after the New York Fed reimbursed AIG’s customers in full. Societe Generale got $16.5 billion, more than any other firm. Goldman Sachs was second with $14 billion. Together they accounted for almost half of the payouts.

New York-based Goldman Sachs was the biggest underwriter of CDOs taken over by Maiden Lane III. TCW managed about twice as many CDO assets that ended up in Maiden Lane III as anyone else, according to the AIG list and data compiled by Bloomberg.

So why do we hear that ACA choose the bonds and not Paulson? If you have all dreck in the pool in the first place, does it really matter?

After all, isn't this what Goldman does best? Offload it's junk to others?

After all, didn't we have this testimony from Lloyd regarding their marks? 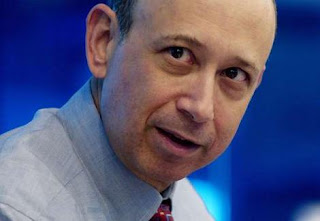 "We limited our overall credit exposure to AIG through a combination of collateral and market hedges in order to protect ourselves against the potential inability of AIG to make good on all its commitments."
"In July 2007, as the market deteriorated, we began to significantly mark down the value of our super-senior CDO positions."
"We believe that subsequent events in the housing market proved our marks to be correct -- they reflected the realistic values markets were placing on these securities." 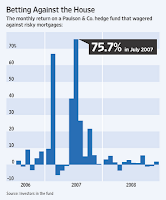 How much did Paulson's fund increase in July of 2007?

So Goldman, was  furiously using anybody to quickly offload the debt they had that was going bad, and using institutional investors, so they would have cover, while at the same time, telling the world that they were just facilitating trades.

And at the same time, their marks were the lowest on the street, so they could get more cash collateral, from AIG.

And then, TCW, was used as a clearinghouse for all of Goldman's bad paper.

Because Goldman, with the lowest marks on the street, was changing the collateral.

I just hope the SEC is smart and motivated enough to push through with this on GS and not limply settle in the end (which is what I fear will happen).