Liz Ann Sonders now says we are in a V

I'm glad she recognizes now, what I advertised 8 or 11 months ago!


The case for V 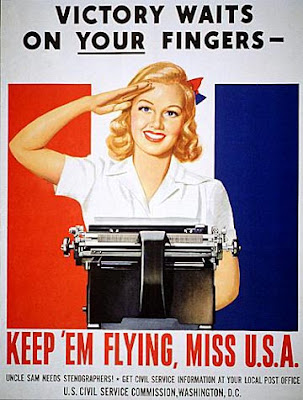 Of course, before it was fashionable, I advertised 4% Q3 growth; a figure people found laughable, and the V shaped recovery.

Not what PIMCO states, with all their PHDs, or the Wall Street pimps, who are late to the party, even though the punch bowl isn't even yet spiked.

Didn't Bill Gross have this to say about hope?

Instead of love, though, we sell “hope,” but very few are able to seal the deal with performance anywhere close to compensating for the generous fees we command. Hope has a legitimate price, of course, even if its promises are never fulfilled.


Black Death for the bears! 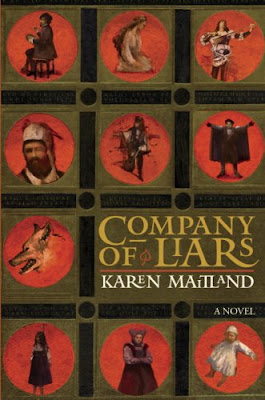 Looks like Mr. Market no longer believes the bears! Why should he? Are they a company of liars?

The above book was a fictionalized account about the Black Plague in 1348; a world then ruled by faith and fear.

Wasn't that the same on Wall Street? Instead of the the "Black Plaque" we had the "swine flu." And instead of faith in the future, the street was overcome with fear! Whose agenda was that? Wasn't that the agenda by those who profited from it?

Did any of you get caught with this Company of "lies?"

Wasn't all that foolishness chronicled here? Is it any wonder, the bears will no longer read these screeds? As Narigorm said in the book, "I did tell him the truth," she said savagely. "I'll tell you yours, then you'll see."

But let me quote a couple passages from the book. Maybe the bears could say these apply to some of the bulls! Let's be equal opportunity bashers!

Compared to some, my trade might be considered respectable and it does no harm. You might say it even does good, for I sell hope and that's the most precious treasure of them all. Hope may be an illusion, but it's what keeps you from jumping in the river or swallowing hemlock. Hope is a beautiful lie and it requires talent to create it for others.

I am, after all a Camelot, a peddler, a hawker of hopes and crossed fingers, of piecrust promises and gilded stories. And believe me, there are plenty who will buy such things. I sell faith in a bottle: the water of the Jordan drawn from the very spot where the Dove descended, the bones of the innocents slaughtered in Bethlehem, and the shards of the lamps carried by the wise virgins. I offer skeins of Mary Magdalene's hair, redder than a young boy's blushes, and the white milk of the Virgin Mary in tiny ampoules no plumper than her nipples. I show them the blackened fingers of Saint Joseph, palm leaves from the Promised land, and hair from the very ass that bore our blessed Lord into Jerusalem.

The only question you need to consider, about the soothsayers on the street, was also in the book.

But I digress. I know the bears won't click the clink, so I need to put it in front of their face again.

After all, who wants to be in the Company of Liars?

But let's look at what uber-bear, David Rosenberg had this to say this morning:

"The government has its hands in 40% of the economy and when public sector officials can influence how banks can value their assets, how mortgage servicers should be doing their business, who shall fail in the financial industry and who shall not; and when we have a central bank that is not just the lender but the market of last resort, even for RVs, and a government willing to run up its deficit to levels that would have made FDR blush, then perhaps we can end up seeing a recovery occur sooner than we had thought."

That was supposed to be difficult to recognize? Looks like stock buyers, already seen what only Rosie, and the rest of the bears are now seeing today!

And now Rosie has belatedly recognizes that the illusion of hope, was not in fact, an illusion, but reality. And if they got that version of hope wrong, maybe they need to relook at the version I advertised!

After all, the Government has just put Ginger in the drink to give it some spice, wait until they add the booze!

Now that the market is ramping, what is the case for the V shaped recovery?

It's right here, courtesy of Barclays!

Never has a bull market climbed a steeper wall of worry. In spite of a proliferation of positive economic indicators, the consensus remains gloomy. Bullish economists are than hens’ teeth.

The average forecast for third-quarter US gross domestic product growth is a weak 0.8 per cent, which would be by far the slowest first quarter of any recovery on record. Since 1945, the average annualised real US growth rate in the first two quarters of recovery is 7 per cent. History provides abundant evidence that the deeper the recession, the stronger the bounce. Even the recovery from the Great Depression conformed to this rule, real US GDP grew 10.8 per cent in 1934 and 8.9 per cent in 1935.

Yet today’s consensus assumes this time things will be different. The persistence of such pessimism is striking given a strong Asian recovery is visible, with output, employment and demand all following V-shaped trajectories, and regional industrial production rapidly bouncing back above the previous peak. Yet this recovery is dismissed by western analysts, who appear unable or unwilling to believe the region is capable of endogenous growth. That 2009 will be the second year in a row in which the increase in Chinese domestic demand exceeds that of the US is a point roundly ignored.

The fate of the Chinese economy is supposedly in thrall to the US consumer, in spite of clear and persistent evidence to the contrary. The US economy, which provides a home to 17 per cent of China’s exports, is still seen as the arbiter of growth in Asia. This obstinate adherence to an outdated assessment of economic dependence is not the only gaping intellectual flaw.

The 9.5 per cent US unemployment rate is also viewed as an obstacle to recovery. This objection ignores the many contrary examples of high unemployment rates and subsequent recoveries, not least in the US. Thus in 1982, US unemployment hit 10.8 per cent, yet GDP soared at an average annual pace of 7.7 per cent over the next six quarters.

Similarly, few commentators consider the possibility that the large post-Lehman rise in US unemployment was a mistake on the part of panicky managements. Yet this is precisely what trends in labour productivity growth, not to mention common sense, tell us occurred. In the first half of 2008, labour productivity growth averaged 3.3 per cent, while the unemployment rate rose to 5.6 per cent. At that point, there was no evidence US companies were overstaffed. Thereafter, output collapsed, yet business productivity growth remained positive, registering an average yearly pace of over 2 per cent, as companies shed labour at a faster pace than they reduced output. Businesses, like markets, panicked after Lehman went under. Employment and output were both reduced far more than it turned out to be necessary, as businesses temporarily and understandably assumed a worst case scenario.

Just as global output is performing a V-shaped recovery, there is a big risk US employment will do the same, with monthly payrolls showing surprising growth by the end of 2009.

If unemployment is one half of the bearish consensus, de-leveraging is seen as the other main obstacle to recovery. Yet increases in private leverage never play a significant role in recoveries. Indeed, since 1950, US private sector borrowing ex-mortgages has declined an average 0.1 per cent of GDP in the first year of recovery, with non-financial business borrowing declining 0.6 per cent of GDP.

A regression of the household savings rate on the wealth-to-income ratio tells us the former has made the appropriate adjustment to declines in the latter. In fact, the rally in the stock market, the low level of interest rates and the stabilisation in house prices all tend to limit the risk of a further sizeable increase in the savings rate. So over the rest of this year, the standard cyclical timing of a US economic turning point tells us pessimistic expectations are likely to collide with the economic reality of a strong recovery. The net result is almost inevitable, in the shape of an inexorable continuation of the equity rally.

But the money is out there even for those bearish.

Victory awaits at your fingertips!