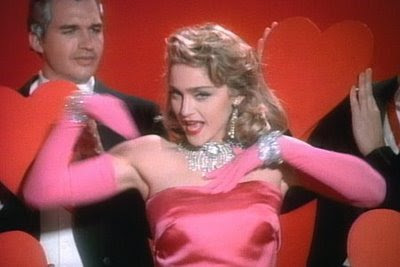 Wait--The WSJ finally understands we are in a "Material World?"

It's late, but I'll take it. After all, the material market was touted here last April, and then on May day with help from Madonna! Now we see that steel demand from China is much greater than the pundits thought!

Anyone think the stocks had figured that out before the erstwhile folks at the WSJ?

WSJ
China's surging demand for steel this year is expected to dominate the landscape of the steel industry as never before.

Already the world's largest producer by far, the country is expected to rev up production by nearly 10%. But the higher output likely won't exceed demand, pushing prices higher world-wide for steel, its raw materials and even coal.

Steelmakers, which idled dozens of mills and cut production as the global economy slowed, are now ramping up. Rio Tinto, which sells the most iron ore to China, is restarting production. Iron ore is a key ingredient in making steel. Arcelor Mittal, the world's largest steel producer, is raising prices, as is China's largest steelmaker Baosteel Group Corp.

China also is trying to unify a fragmented and sprawling domestic industry to present a strong, unified voice in price negotiations for sales and purchases of raw materials. The idea: Capitalize better on the country's huge appetite for the materials that make everything from refrigerators to bridges.

China's continued resilience was the dim light in an otherwise dreary year for miners and steelmakers, marked by layoffs, mine closings and production and investment pullbacks as prices for commodities tumbled. And it looks to be the beacon going forward, along with India, to a lesser extent.

While other economies are strengthening, they don't offer the same potential for growth as China, which makes penetrating that market critical. "Chinese steel production and demand is likely to continue its inexorable rise," says Peter M. Fish, economist for MEPS International, a steel consulting firm.

That, in turn, is good news for all metals and minerals sellers.

All finally, we also have the list of pretenders this weekend! 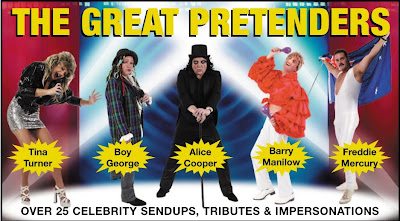 Because that's the great thing about football. Because unlike the stock market, if you suck, you're out!
Posted by Palmoni at 4:04 PM