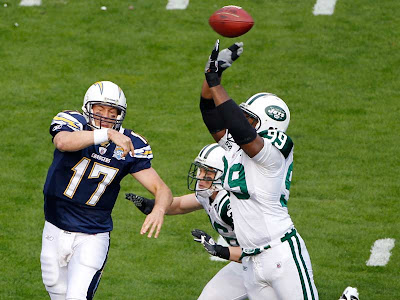 They go for it on 4th and 1 with a minute left in the game, and convert!!!

They played to win!!!

And now they going to the AFC championship!

After betting against the Jets and getting smacked last week, I took them this week.

And I heard it! Even from the New York faithful!  "Stick to picking stocks" "the Jets have no chance" "the Jets will choke."

Except of course, the "True Believer" with your Jets shirt, Jets hat, Jets jacket and Jets tie, who believed in the Jets as much as you believed in your stock charts!!!

They won another for Woody!!

San Diego got the New York "Pants on the Ground" version of the Dirty Sanchez, held down by the Gang Green!! 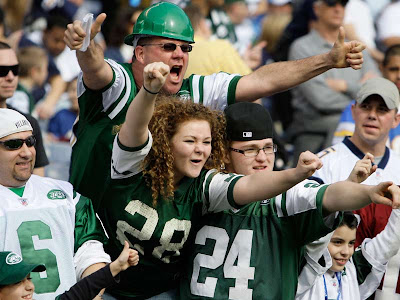 And the loyal San Diego fans were already booing in the 4th quarter, when the Bolts were down only by 3!

The trading rooms will be as jazzed Tuesday as the wine sipping, cheese and cracker eating fans in San Diego were shocked!!
Posted by Palmoni at 7:22 PM