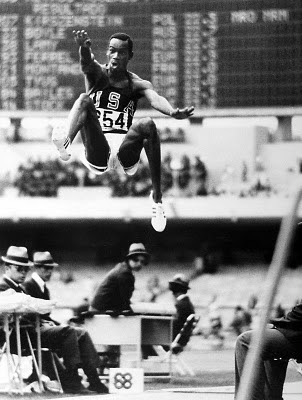 Let me first help with a definition:

Do you want a jump on tomorrow market? 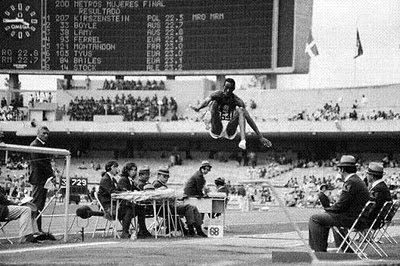 And earlier today, I put out a story on POSCO steel. PKX 136.60. They're spending $30 billion on expansion. So where is that stock going? Higher! 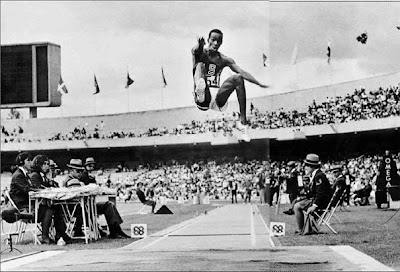 And did anyone see how FCX hit a new high Friday at 88.2? Copper and gold. Where do you think that stock is going? Higher! Option junkies wanted to pin that number at 90. They better start looking at the 95s!

It will blow right thru that 90 strike. Probably in the first 15 minutes of trading.

And look at Freeport-McMoran Copper (FCX 19.80) again. This stock wouldn't fall in yesterday's 250 move down. It was sold by those who had to own a dividend paying stock. The selling is over in this number also. Buy em!! 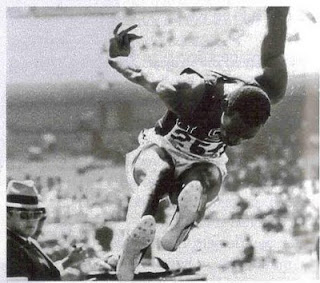 And X, of course will run, along with CAT and DE which both are ready to break out.

Look at the smaller steel names. I like STLD. The options are cheap on this number, and it can move to the upper 20s. 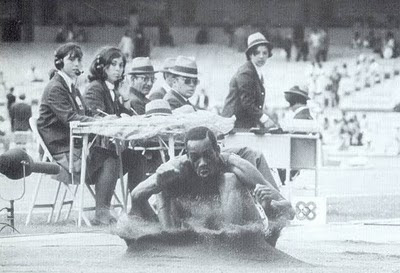 This market is Beamonesque. But most folks don't even realize it yet!

Remember when Bob Beamon made his great jump in the 68 Olympics? He jumped so far, that they had to measure it manually!  8.9 meters. 29 ft. 2 1/2 in. He broke the old world record by almost two feet!

But you had cynics then, who tried to downplay the jump. The high altitude in Mexico. A slight wind  at his back.

Where are those cynics now?

Where will today's stock markets cynics be that already cost you a fortune last year? 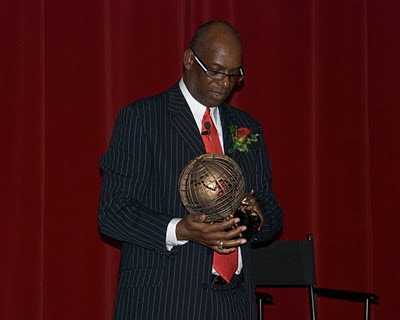 Here's Bob Beamon, 40 years, after his jump, getting an award from the Olympic Committee in December of 2008.

That night, there wasn't any cynics left.

Who jumped higher!
Posted by Palmoni at 9:55 PM

Ain't that the truth! And check out ZH with their cynicism on China:

"After posting a record crude-oil import month in December, as well as the second highest iron-ore import month in history, China's program economy is roaring back to life, even if the imports are actually sitting in full warehouses, used to build empty cities that consume negative electricity, make washing machines that never launder anything except the government's flawed economic statistics, and create cars that somehow use up ever-less gasoline."

Hey Palmoni,
Kick me for getting out of APWR options last year. What do you think about the GE buyout rumor ( at 30 )?

I'd love to see it, but I just find it doubtful-then GE would have to look at their books!