Swine flu was a "false pandemic" 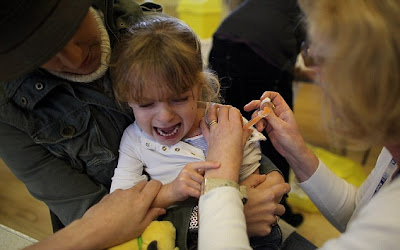 So says Wolfgang Wodarg, head of health at the Council of Europe. He said the drug companies influenced the World Health Organization which declared the pandemic.

The culprits? The large drug companies, whom panicked WHO!

Now Britain has almost $1.7 billion of swine flu vaccine that they want to dump!

Keeping people scared and panicked to advance a cause--Is that something new?

How about the terror alert traffic light?

Or how about Wall Street, keeping you out of the game?
Posted by Palmoni at 8:29 AM