On Deck for Friday's Unemployment number 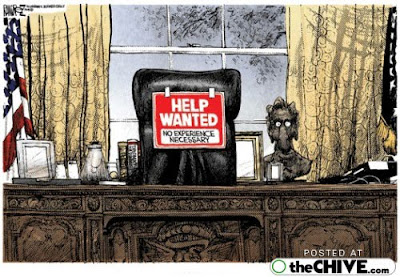 Why not cook these numbers?

Reality is that ADP has overstated job losses by 85,000 the last six months. Today ADP said we had job losses of 84,000 for December. With Christmas layoffs being delayed and Census workers, Friday's number should print positive. After all, a job loss of 84,000 workers by ADP, already translates into a 1,000 gain come Friday!

And the job print number could be much larger than consensus.

Here's an interesting table by the skeptics. And you have TrimTabs estimates, and you know what I think of stopped clock Biderman--so take all of his baloney and just toss it out, but check out th etable anyway. 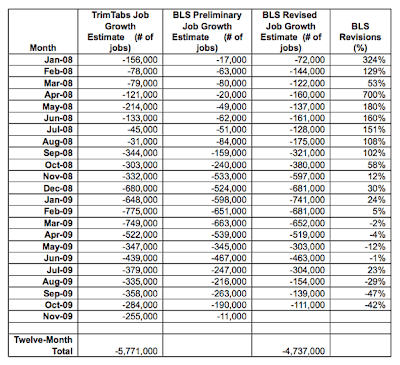 Noticed the BLS has been revising the job losses downward in 7 out of the last 8 months. Historically the BLS revisions have always been negative.

Why are markets going up, and why are the bears protesting? The market is smarter than the bears!

That means November can be revised upwards with a positive print, and December can show growth.

We know that, according to Challenger, Gray and Christmas, that employers only announced 45,094 job cuts last month. We also know that the Census workers--who will make $12 -$25 an hour for 10 weeks of work, will be coming on board.

And that means that the Wall Street bears are once again, on the wrong side of this trade.
Posted by Palmoni at 8:21 PM