New Jersey to approve medical use of marijuana 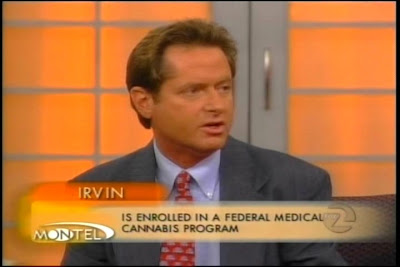 TRENTON — The New Jersey Legislature approved a measure on Monday that would make the state the 14th in the nation, but one of the few on the East Coast, to legalize the use of marijuana to help patients with chronic illnesses..

Gov. Jon S. Corzine has said he would sign it into law before leaving office next Tuesday. Supporters said that within nine months, patients with a prescription for marijuana from their doctors should be able to obtain it at one of six locations.
Posted by Palmoni at 8:38 AM

With the MGM upgrade would it be wise to sell? Or can it run up a few more points to 14 in the next week or two?

Here's what Goldman had to say about MGM

The Lion will roar gain

We are upgrading MGM to Buy based on (1) Vegas trends getting “less bad,” (2) strong upside to earnings
as profits are now at trough levels but MGM’s properties’ “relevance” remains high, (3) the stock is
undervalued relative to its peers, and (4) corporate finance activities could create relief as the balance sheet
overhang is reduced. The upgrade offers both high risk and high reward, based on a Vegas recovery that is
in its very early stages and that could stall out due to a weaker consumer or room overcapacity. We believe
we are at a compelling entry point to build positions.
Catalyst
Over the next several quarters we expect to see stabilization in Vegas trends and the start of a rebound as
convention attendance increases and leisure travelers start to pay up for rooms. MGM should also make
progress on improving its balance sheet with a credit line extension, debt issuance, or a capital raise from
one of its joint ventures.
Valuation
We are increasing our 12-month sum-of-the-parts based price target for MGM to $16 from $10. The major
change in our target was moving to a 12X EV/EBITDA multiple on 2010E Las Vegas EBITDA as we
increasingly think 2010 represents the trough. Historically MGM has traded at 7X-14X.

Thanks for the MGM update. my target was 12 but i missed it this morning so i'll see and figure it out.

thanks for posting what Goldman had to say. still very high risk reward...but i feel this stock can be worth 20s some day...there's just a lot of value in the name